Old Bits Of Pasteboard And Printing 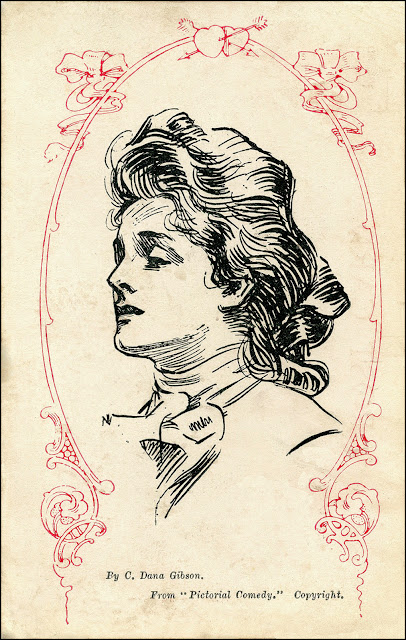 This card was in a batch I bought recently on eBay. It is a drawing of a girl by the American illustrator, Charles Dana Gibson, who specialised in such drawings in the 1890s and early 1900s. Gibson was not sketching a particular person, he was - he claimed - recording a personification of American feminine beauty, and the girls - and their style and their looks - became known as Gibson Girls. Their popularity coincided with the great boom in picture postcards and thus Gibson Girls became one of the favourite images to be used on such cards. 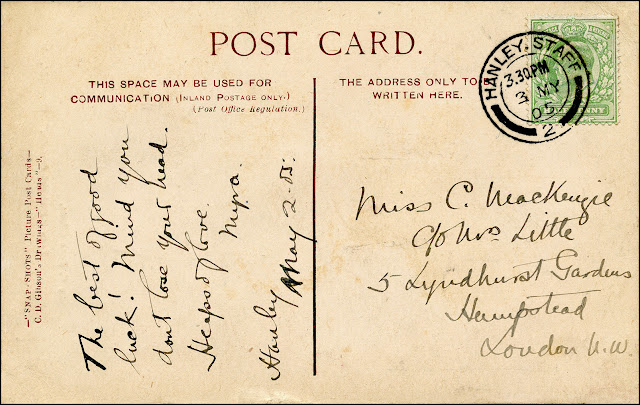 This particular card was sent from Hanley - one of the famous Five Towns of North Staffordshire, to Miss McKenzie in Hampstead, London. I know nothing of either the sender nor the recipient, but whenever I think of the Five Towns I think, of course, of the novels of Arnold Bennett. One of my favourite Bennett novels is "Anna of the Five Towns" which tells the story of Anna Tellwright's struggle against the restraints of her father, religion and, indeed, the nineteenth century. I have always pictured Anna as a new woman, a British equivalent of a Gibson Girl.

Gibson Girls are now, of course, terribly old fashioned. Equally, the novels of Arnold Bennett have, regrettably, fallen out of style.  These days, few people send postcards: but old scraps of pasteboard and printing such as this have the ability to dissolve style and fashion and transport us back 100 years.