Finding Myself In The Digital Skip 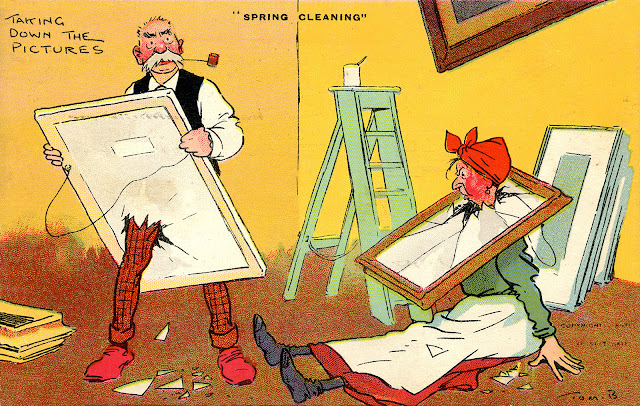 I can't get my head around the seasons anymore. Back in my day, when men were men and you could buy a bag of chips for tuppence, Spring started in the middle of March, Summer in the middle of June and so on. Now I find myself watching Springwatch on TV whilst being told that summer officially started on the 1st of June. Not that I want to build a nest and the thought of the GLW laying eggs sends shivers down my spine : it is just that I need to know when to start Spring Cleaning. In our household, Spring Cleaning (which should be called Spring Sorting because I have never been big on spitting and polishing) starts on the day we order a skip for all the rubbish, and that day is today. So today is the first day of Spring. 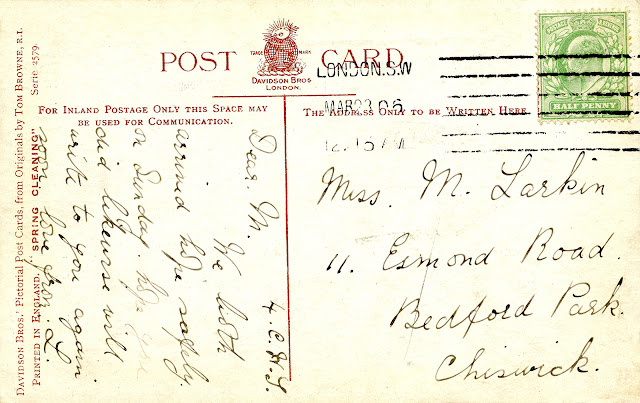 The card comes from a batch I bought the other day. It was originally posted back in 1906 and has a message on the back which is about as interesting as an empty crisp packet. Whilst we are glad to learn that L arrived home safely and most of the sentient world share the hope that M equally arrived home without incident, would it not have been better if L had told us what she had for breakfast, or who won the 2.30 at Chepstow, or what Mrs Jenkins next door had been up to? Of course, the more old postcards I buy, the more Spring Cleaning I have to do. It's a bit of a viscous circle, but let's skip that one.
These days much of my Spring Cleaning is digital : sorting stuff away into files, changing file names, restructuring directories - moving the dust around on the digital cloud. The software I use to file all my images is Adobe Lightroom and the latest version has just incorporated facial recognition. Yesterday I was scanning an old negative and the facial recognition got its knickers in a twist over this image. 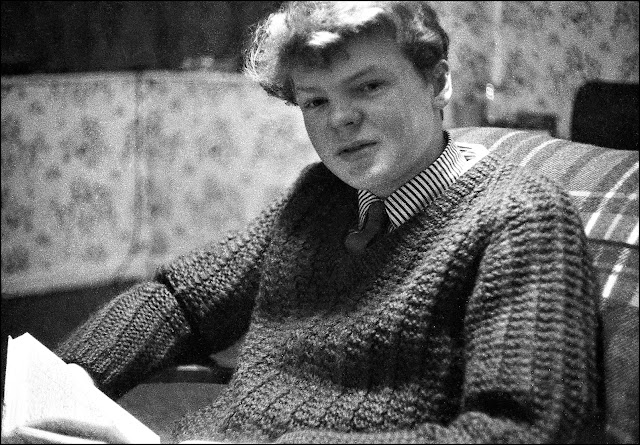 I kept telling it that it was me, but it refused to believe me. If pushed it would suggest Robin Ensore, Ian Byng or even Anne Wilkinson (people even I had forgotten I had been at school with), but every time I tried to insist that it was a photograph of me taken fifty years ago, it just gave one of those annoying computerised sarcastic laughs and moved on to another daft suggestion. I have noted an increasing tendency for technology to turn Bolshy and I might be tempted to dump the computer into the skip when it arrives - but my watch has just informed me that it is time to get up and move, so I will have to leave it until later.
at June 02, 2015