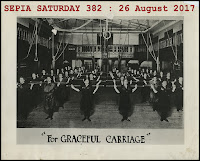 When you have been penning blogposts for more than ten years, you sometimes think that you are all "blogged-out". If you are capable of saying it, you suspect you have already said it. In the case of old images, if they are able to be found and digitised, you suspect you have already found them, scanned them and presented them to the world. When I saw this week's Sepia Saturday theme image, which featured a host of young people in a gymnasium showing off their graceful carriage, I immediately thought of an old family photograph which had been taken in a school hall which also featured graceful young people. 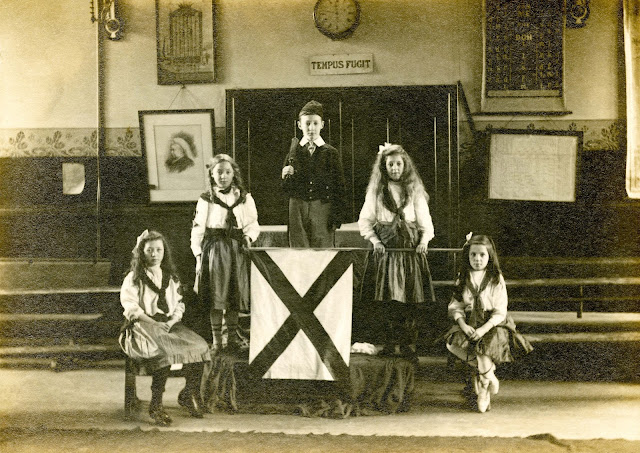 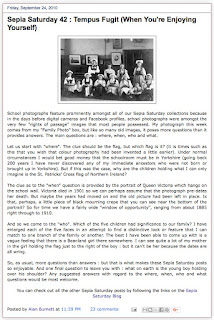 I felt sure, however, that I must have featured it before on Sepia Saturday and blog-searched back until I found a post from September 2010, analysing the image in question. Although the analysis was  thorough and as incisive as anything I could write now, the strange thing was that the piece was illustrated by the wrong photograph. In place of the wall-remembered photograph of five children there was another photograph which had obviously been taken at the same time and in the same school hall.

Just how this mix-up happened, I have no idea, but it sent me off in search of the two photographs so that I could look at them again and possibly rescan them. This was, as always, a lengthy and complex business: sifting through boxes, folders, and albums; all of which I aspire to call the family archives. Eventually I found them and the effort involved justified their inclusion in my Sepia post this week. It is true that at least one of them has been featured in my blog before. It is true that I have no great revelation about their provenance to share with you. What I have come to realise, however, is that scanning and displaying old photographs is a little like fishing. It is the thrill of the chase which attracts you rather than the fish supper at the end of the day. You can spend a happy hour or two dangling your line into the pool of history and eventually fish out a couple of lovely old images. And then, just as happily, you can throw them back into the shoebox of time, so that you can enjoy the whole process again, seven years later. 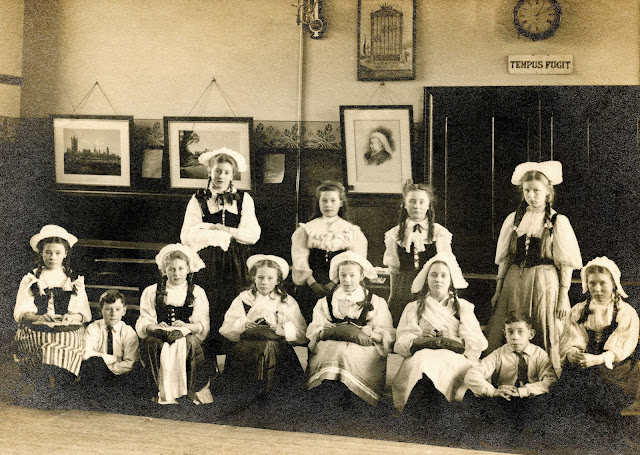 To see what others have done with this week's prompt image, go to the Sepia Saturday Blog and follow the links.