Goings And Comings And Goings 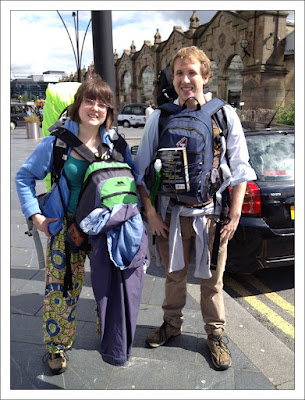 GOINGS
The last couple of weeks seem to have been taken up with little else than preparing Alexander for his two month trip to Africa. He is one of a party of four Medical Students going to work at a rural hospital on the island of Ukerewe in the middle of Lake Victoria in Tanzania. Earlier this week we eventually saw Alexander - along with girlfriend and fellow Medic, Heather - off on the start of their journey. He leaves behind him a massive gap in our hearts and lives - along with a pile of dirty washing, and enough cardboard boxes of books and other possessions to fill half our house. Last night we had a phone call from him to say that he has arrived on the island safety. 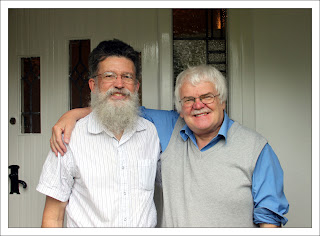 COMINGS
Yesterday I got another opportunity to meet a fellow blogger when Mike Brubaker - the author of the superb blog temposenzatempo - called in for tea. Mike and his wife, who live in North Carolina, were on a holiday in England and, I am glad to say, made a detour during their trip to call in and see me. Like all meetings with fellow- bloggers, it was a delightful occasion : a meeting of two close friends who had never met before in person, but friends who had already shared so many ideas, interests and experiences together. And, I must say, the theory outlined in my last blog post that I have yet to meet a fellow blogger who isn't as delightful and fascinating as I imaged him or her to be, still holds true. 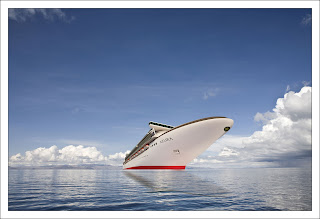 GOINGS
As you will no doubt know, the European economy is going through a difficult patch at the moment with economic and political crises lining up to challenge almost every European country. I have therefore agreed to set aside my retirement and undertake a fact-finding mission throughout the Mediterranean lands. My busy schedule will take in visits to Spain, Greece, Italy and Croatia and I will be hoping to discuss the on-going crisis with ordinary citizens in a selection of bars and tavernas throughout the various lands. I have managed to hire a cabin on board a tramp steamer (illustrated) which will transport me from meeting to meeting. Not only will this be a burdensome affair, it will also mean that I will be absent from my normal blogging activities for the next month. I will report the findings of my mission on my return.

We don't set off until next week but I will make this my last News from Nowhere post until I return. Hopefully this will give me time before I go to visit all of my favourite blogs, as I have neglected these over recent weeks what with all these comings and goings. See you all soon.

A Grand Gathering In Robert's Park 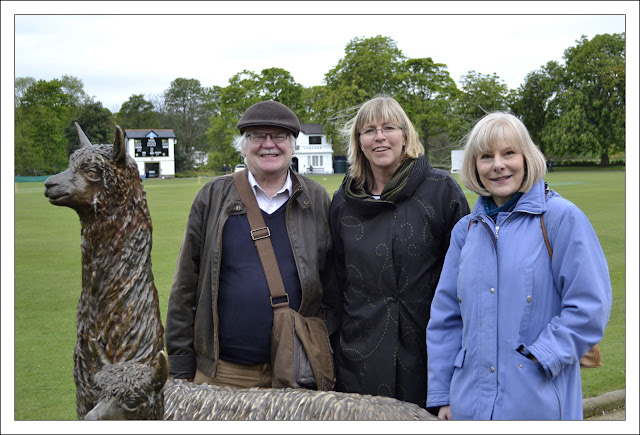 Like many of you reading this, I have dedicated quite a bit of time over recent years to blogging. It is a pastime which has given me a great amount of pleasure and satisfaction, but it is also a pastime I have difficulty explaining to many non-blogging friends. However, put me in a room with another blogger and I am instantly at home, instantly sharing ideas and memories with an old friend, instantly at ease. I have a theory which states that bloggers - or at least the kind of bloggers I hang around with (which by definition includes you) - are all of a certain personality type and when they meet for real they are guaranteed to get along. Earlier this year Isobel and I went to Lanzarote and there met fellow blogger Marilyn Brindley (Little Nell) and her husband. Not only did we seal a firm friendship, they also extended to us such wonderful hospitality which made our stay on their island a memorable one.

A couple of weeks ago I got the chance to offer my own bloggers' hospitality when one of my very favourite bloggers - Christine H of The Daily Postcard - was visiting England along with her husband. They stayed with us over a weekend and I tried to put together a programme of visits which included a number of local West Yorkshire sites. Given their interest in architecture and town planning, a visit to Saltaire was an essential ingredient for the weekend, and so I thought I would ask another of my favourite bloggers - Saltaire resident Jennyfreckles of Salt and Light - to show us around. Although Jenny and I have undertaken joint blog projects before, we had never actually met and therefore this would be a fine opportunity to test out my theory.

The theory proved right. Anyone who observed the three of us sat together in the Half Moon Cafe in Saltaire would, I am sure, have bet a fortune on the fact that we were old friends who had known each other for years. And in many ways they would be right, we knew each others ideas, interests and thoughts and we shared a long and fascinating list of mutual friends who none of us had ever actually met. This is the strange, fascinating, unifying, and stimulating world of blogging, a world we all share, a world we all derive great pleasure from.

We decided to celebrate the meeting by publishing the same photograph on our three blogs. It shows the three of us - along with a bronze Llama!, It might appear that there is a big empty cricket field behind us, but look again, look closely. It is full of the virtual images of all our mutual blog friends from every country of every continent throughout the world. You were all with us that day - and I have to say that I have still not met a blogger who I didn't get along with like an old friend.
at June 06, 2012 24 comments: 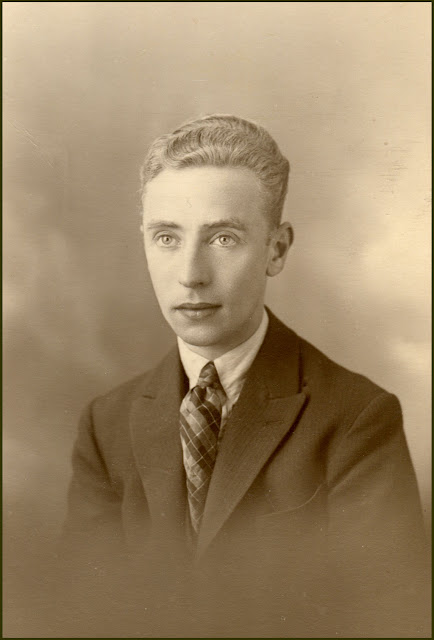 Our Sepia Saturday prompt this week features some sheet music - "I Can't Get Enough Of Your Love" by Sophie Tucker to be precise. We didn't have many musicians in the family so when I think of sheet music I think of Uncle Harry. He was a semi-professional pub and club pianist and he had a fine collection of sheet music. As a child, I would lift the lid of his piano stool and leaf through the colourful folios. I suspect he would have had something by Sophie Tucker in his collection, her songs were always popular in the Working Men's Clubs of the North in the fifties and sixties. The prompt really demands some sepia lyrics to go with the sepia photograph of Harry. So here are a couple of extracts from Noël Coward's wonderful song, Uncle Harry.

UNCLE HARRY
We all of us have relations,
Our crosses in life we bear,
A gloomy group of uncles, cousins and aunts.
We meet them in railway stations,
In Harrods, or Chester Square,
And always on the Channel boat to France.
We have to be polite to them,
They sometimes send us pheasants.
We always have to write to them
To thank for Christmas presents.
These family obligations
Admittedly are a bore
But I possess one uncle that I positively adore.

Poor Uncle Harry
Wanted to be a missionary
So he took a ship and sailed away.
This visionary,
Hotly pursued by dear Aunt Mary,
Found a South Sea Isle on which to stay.
The natives greeted them kindly and invited them to dine
On yams and clams and human hams and vintage coconut wine,
The taste of which was filthy, but the after-effects divine.

Poor Uncle Harry
Got a bit gay and longed to tarry.
This, Aunt Mary couldn't quite allow.
She lectured him severely on a number of church affairs
But when she'd gone to bed he made a getaway down the stairs,
For he longed to find the answer to a few of the maiden's prayers.
Uncle Harry's not a missionary now.

Poor Uncle Harry
After a chat with dear Aunt Mary
Thought the time had come to make a row.
He lined up all the older girls in one of the local sheds
And while he was reviling them, and tearing himself to shreds
They took their Mother Hubbards off and tied them around their heads.
Uncle Harry's not a missionary now.
He's awfully happy
But he's certainly not a missionary now!


With the tune still ringing in your ears, why not wander over to the Sepia Saturday Blog and take a look at the other music on offer.
at June 01, 2012 21 comments: