Bumpers All! To Peace And Goodwill! 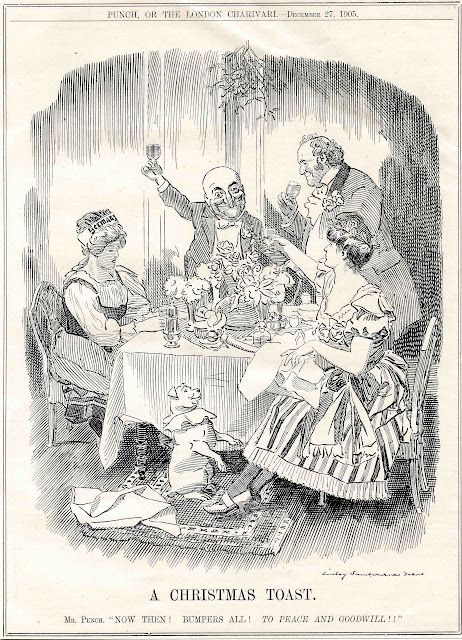 All my good intentions to devote some time to my blogging activities before Christmas have been buried under a pyroclastic flow of wrapping paper, greetings cards, and miscellaneous seasonal duties. Good intentions have now been postponed until the new year. All that remains is for me to find a glass of something suitably refreshing and raise it, as I wish you all the very best seasonal greetings. As Mr Punch so eloquently put it; "Bumpers All! To Peace And Goodwill"
at December 21, 2016 12 comments: 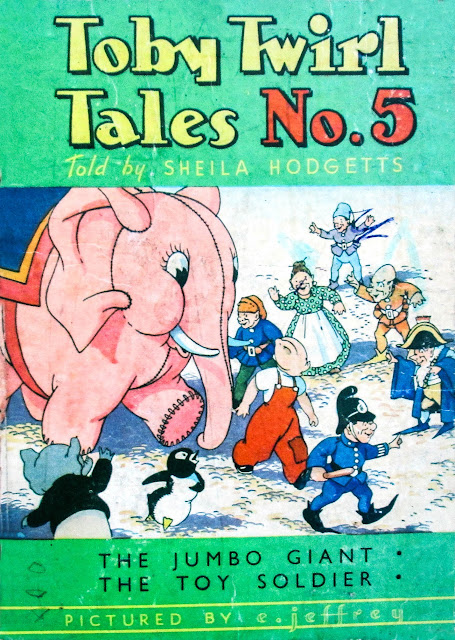 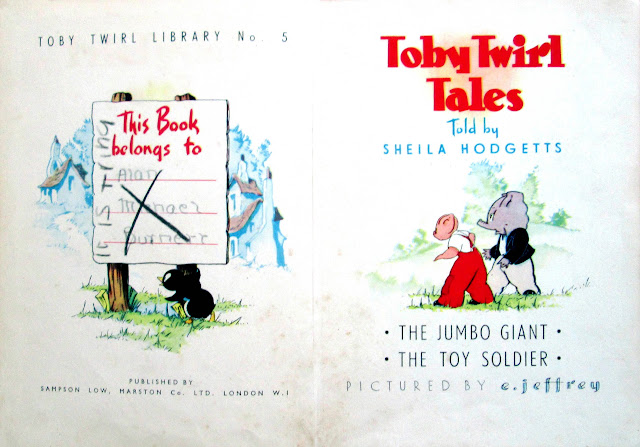 This seems a most appropriate addition to the text. Happy Christmas to all my family in Dominica, the Virgin Islands, and the UK.
at December 16, 2016 8 comments:

The Coincidence Of Stone Sets 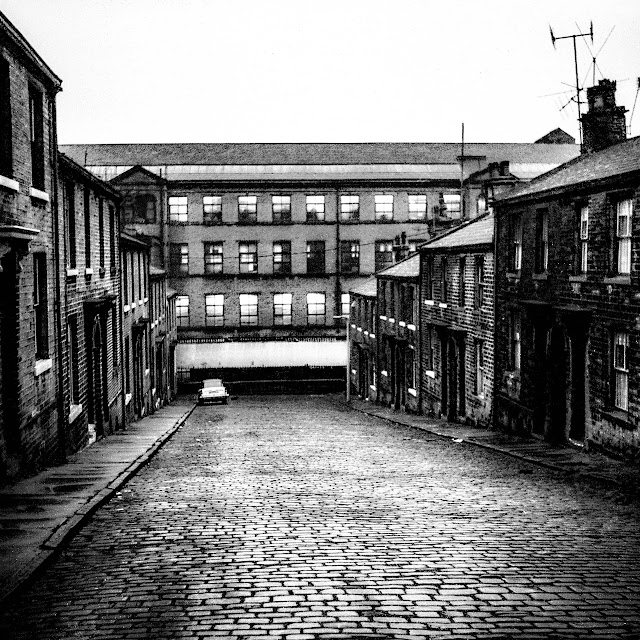 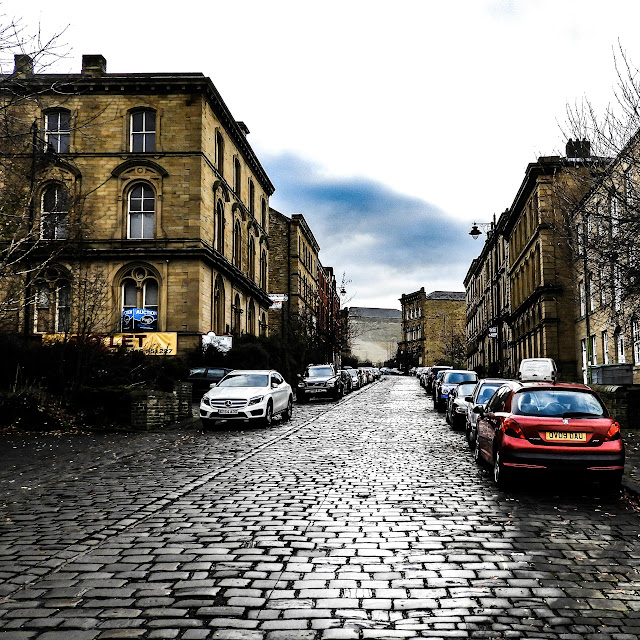 These two back street came together by chance. They are more years than miles apart - I took the first in Bradford back in the 1960s and the second in Batley last week. The first one is a rescan of an old negative which, by chance, came to the top of my pile of old negatives to revisit. The second was going to be my submission for today's Picture Post. The coincidence of stone sets connected them, so who am I to break them apart?

The Stone Faces Of Batley 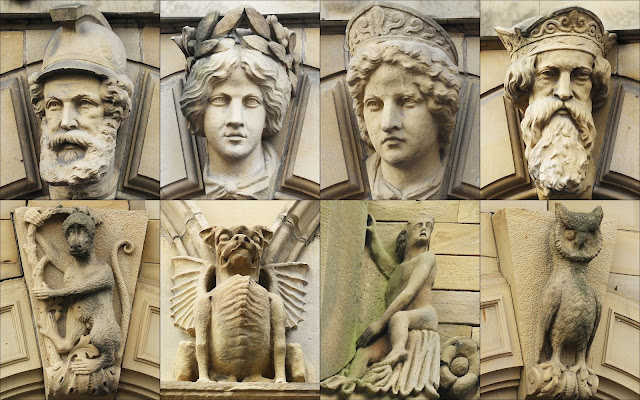 It would seem that the burghers of Batley couldn't design a building without appending a stone face to it. They would work their way through the Kings and Queens, the angels and the goddesses; decorating every pediment with a stone likeness. Once the human face-pool had been exhausted, they would turn their attention to the animal kingdom. Cats and monkeys, imps and griffins would all find themselves captured by the stonemasons' chisel. At one time they would look down the fashionable streets and smile knowingly as the shoddy merchants gathered their rags and lined their pockets. Over time the black soot coated the sandstone at about the same rate as the profits accumulated. The buildings have been cleaned, but most of them have lost their purpose along with their grime. Shoddy has become a description of the town rather than its' industry. The smiles of the stone faces are slowly morphing into frowns.
at December 06, 2016 4 comments: 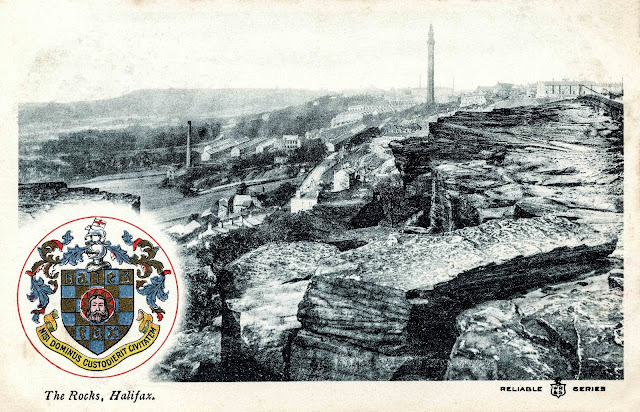 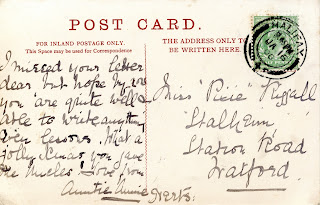 At half time during the blues v the wasps rugby match the sports teacher would walk to the top of the rocks with a pair of binoculars and attempt to follow our progress up and down the valley side. He was never very successful in this as we were normally huddled up in a cave just under the rock upon which he stood, enjoying an illicit cigarette. Perhaps Pixie Piggall had bought he uncles a box of Havana cigars and they had gone to the self same cave for a Boxing Day smoke. Who knows?
at December 05, 2016 2 comments: 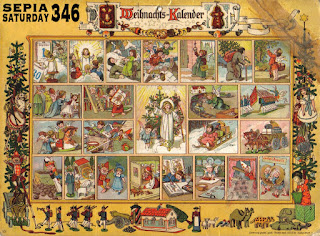 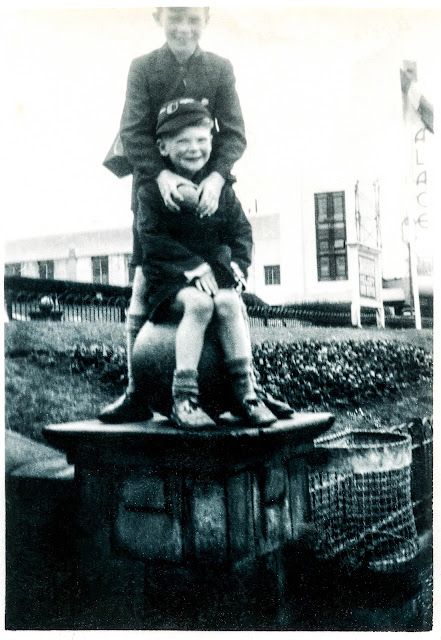 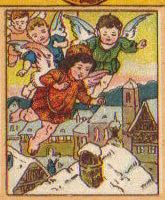 TO SEE WHAT OTHERS HAVE MADE OF THE WEEKLY SEPIA SATURDAY PROMPT GO TO THE SEPIA SATURDAY BLOG AND FOLLOW THE LINKS
at December 02, 2016 17 comments: 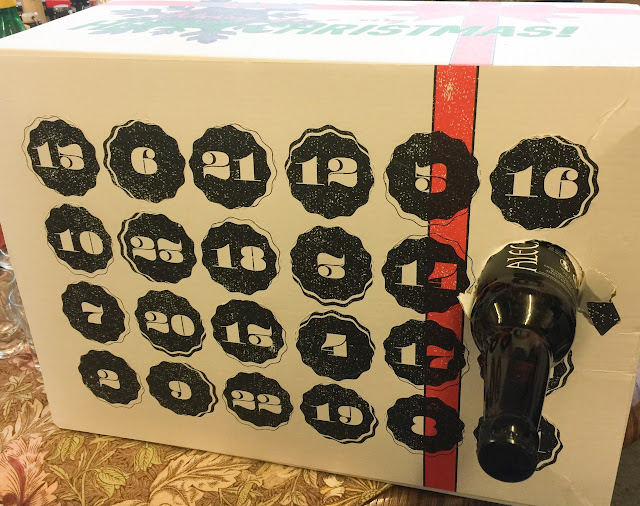 The box contains twenty-five bottles of real ale, one for each day up until Christmas Day. I look forward to the coming month with more anticipation than I have since being a Father-Christmas believing child. Cheers Mark: I have requested a thanksgiving mass to be said in at least six monasteries.
at December 01, 2016 4 comments: