The Blue Skies And Mustard Streets Of Brighouse 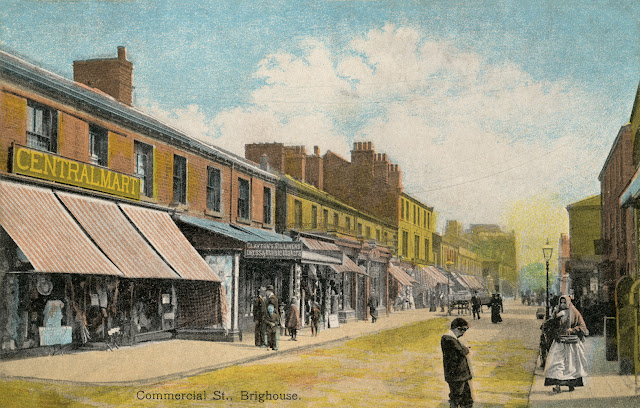 There is a modern passion for "colourising" old monochrome photographs and films, and when this is skilfully done, it can provide a more accurate link to the past. Reproducing scenes in various shades of grey was simply a short interlude in our visual history - imposed by the technical limitations of early photographic techniques. Neither the cave painters of Lascaux nor the old masters of the Renaissance would have dreamt of limiting their palettes to black and white. When we close our eyes and conjure up a scene, we conjure with reds, and blues, and greens.


The early manufacturers of picture postcards refused to be limited by the photographic processes that were available to them at the turn of the twentieth century. Using the monochrome outlines provided by their cameras, they applied colour with bravado rather than accuracy, tinting and colourising the streets of our towns and cities. 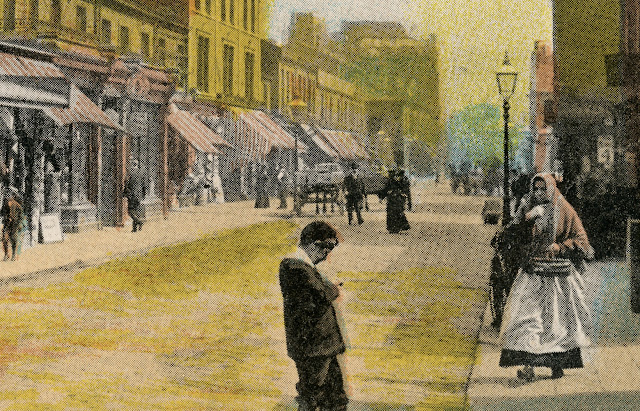 This early twentieth century postcard of Commercial Street in Brighouse is a particularly good example of the tinter's art, with its too blue sky and its mustard coloured streets. The buildings are real enough, however, and a walk down Commercial Street today would reveal most of these nineteenth century shops still in place: although the original owners have long left the scene. Thomas Clayton's Central Mart was Brighouse's equivalent of a department store, where you could buy everything from knicker elastic to linoleum. Think of it as an Amazon of the High Street. 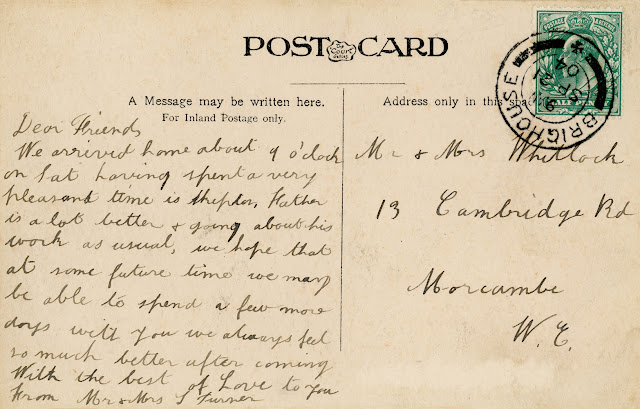 The message on the reverse of the card is satisfyingly prosaic.

Dear Friends, We arrived home about 9 o'clock on Sat having spent a very pleasant time in Skipton. Father is a lot better and going about his work as usual, we hope that at some future time we may be able to spend a few more days with you, we always feel so much better after coming. With the best of love to you. From Mr and Mrs Turner.


The card was addressed to Mr and Mrs Whitlock in Morecambe, and we can surmise that the Turners had just returned from a holiday by the sea. No doubt whilst they were away, they bought many postcards of Morecambe to send to their friends back home; and the same postcard colourists had done a similar justice to the blue skies and mustard coloured sands of Morecambe Bay.
at September 30, 2019 No comments: 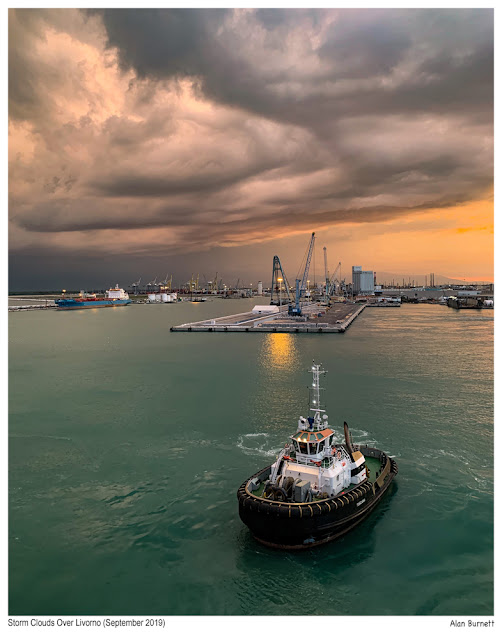 Extract From A Holiday Diary:
We arrived early in the morning at Livorno to be greeted with a storm of epic proportions. It was rather like the God Vulcan tossing thunderbolts at his mate Jupiter, whilst Persephone had a screaming fit because someone had trod on her toe. Nero and Augustus would have cringed in the cabins of their trireme, we - seasoned travellers that we are - calmly went for our breakfast.
at September 23, 2019 1 comment: 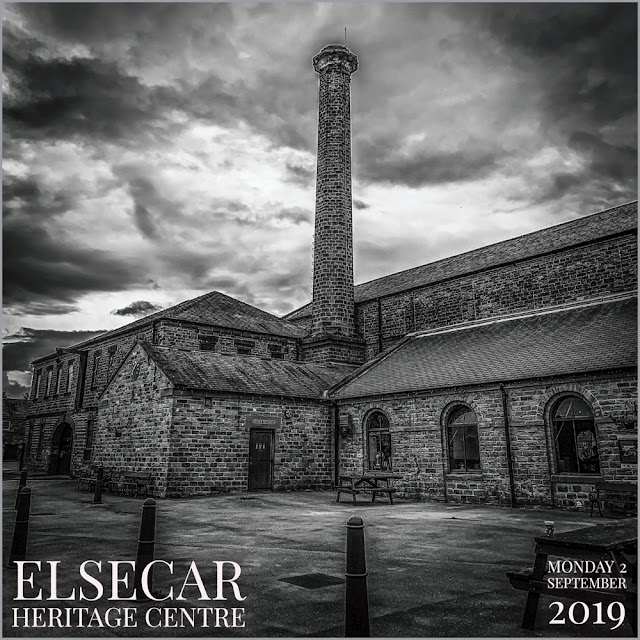 We are out and about and a long way from home over the next week or so. On this first day, however, we are just down the road at the Elsecar Heritage Centre. Wherever we finish up, there can be few more dramatic scenes than storm clouds over Elsecar.
at September 02, 2019 1 comment: