The Last Afternoon At Sea 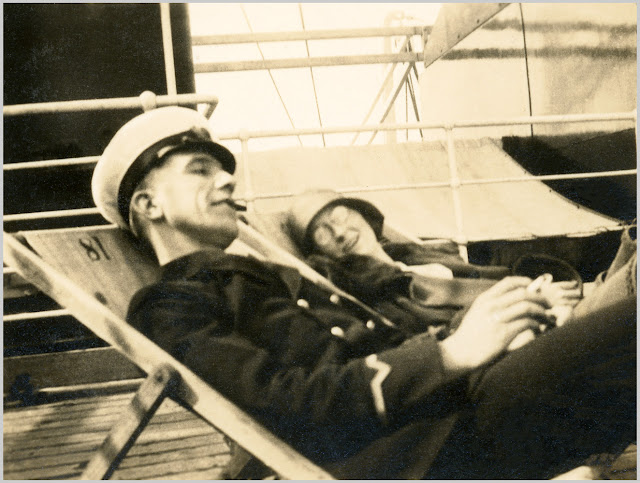 Over the last couple of months I have been slowly scanning my way through a 1925 photograph album I bought on a second hand stall. Entitled "Cruise To The Northern Capitals of Europe on the SS City of Nagpur, July-August 1925", the album contains over 50 sepia photographs our unknown photographer took on a cruise to Denmark and Norway. In addition to showing some wonderful 1920s fashions and some tram-lined streets, the photographs illustrate a relaxed atmosphere on board a small cruise ship of ninety years ago.

It is perhaps fitting that I am now getting to the end of the album - the photograph above is entitled "The Last Afternoon At Sea", because I am starting top pack my bags for my own cruise to the Norwegian fjords in a few days time. Perhaps I will ask the First Officer on my oversized cruise ship to pose on a deckchair with the Good Lady Wife. 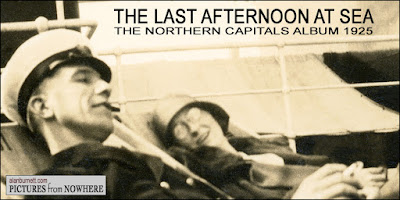 Thomas Boxell of Brighton ... and Halifax and Pickering and Scarborough 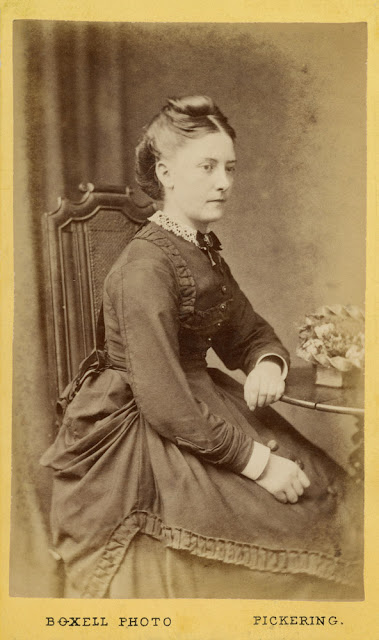 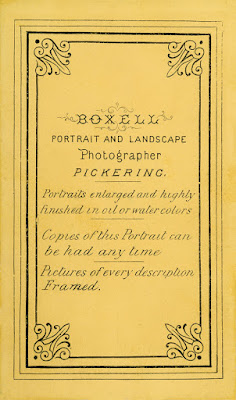 This small photograph of a seated woman is the work of a Victorian photographer called Thomas Boxell, who - at the time this photograph was taken in the late 1870s - was operating out of a studio in Pickering, Yorkshire. The story of Thomas Boxell is typical of so many of the semi-itinerant studio photographers of the Victorian portrait era: pioneers of a new art and industry who moved from town to town to increasingly spread the wonders of photography to more and more people. Their professional equipment - camera, backdrops, lighting - was reasonably portable and therefore such photographers would often move their business to take advantage of new markets.

Thomas Boxell was born in Brighton in 1847, the son of a tailor. Within three years of his birth, the family were resident in the Brighton Workhouse, but two of his uncles had become photographers in Brighton, and eventually Thomas was able to get a job with them and learn his trade. During the 1860s and 1870s he moved around the country making a living as a studio photographer - including periods in both Halifax and Pickering - before settling in the Yorkshire seaside resort of Scarborough. His photographic business was eventually taken over by two of his sons, and, on retirement, Thomas moved to live with his daughter in Whitby, where he died in 1939.

Politicians On Postcards 1 : Bob's His Uncle

For want of something better to do, I thought I would start a short series entitled "Politicians On Postcards". The length of the series will, no doubt, be determined by how many examples of this rather specialised genre I can find in my collection. 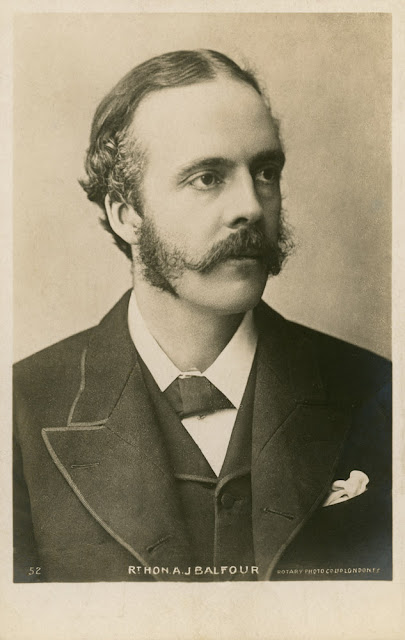 There can only be one place to start a series on "Politicians On Postcards" and that is with the British Prime Minister at the time of the great postcard boom of the early twentieth century, and that is Arthur J Balfour (1848-1930), who was Prime Minister from 1902 to 1905. Balfour was born into a well connected Scottish aristocratic family, and like so many from that background he progressed with little effort and less talent to become a Conservative Member of Parliament. He did not show any particular enthusiasm for political or public works, but soon found himself promoted to senior political office by his uncle, Robert Gascoyne-Cecil, 3rd Marquess of Salisbury, who just happened to be the Prime Minister of the day. When political pundits questioned the reason for the appointment of Balfour to the important post of Secretary of State for Ireland, the popular explanation was "Bob's Your Uncle", which was the origin of that particular phrase.

In 1902, Balfour went on to replace his Uncle as Prime Minister, but his Premiership was characterised by rifts within the Conservative and Unionist Party about free trade. In the elections of 1905, Balfour lost his job and his Parliamentary seat. The postcard portrait must date from the period when he was still climbing the political ladder, propelled by nepotism and the support of his Uncle Bob. 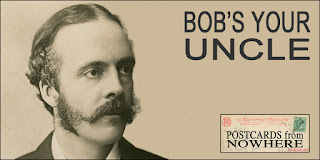