For some time now, I seem to have been aimlessly wandering around my various blogs and social media streams in search of order, purpose, and direction. After lengthy consideration I have come to the conclusion that it is aimlessly wandering that I enjoy, and that order and purpose are foreign countries I neither have, nor want, directions to. So here is a walk I took around Halifax a couple of days ago. 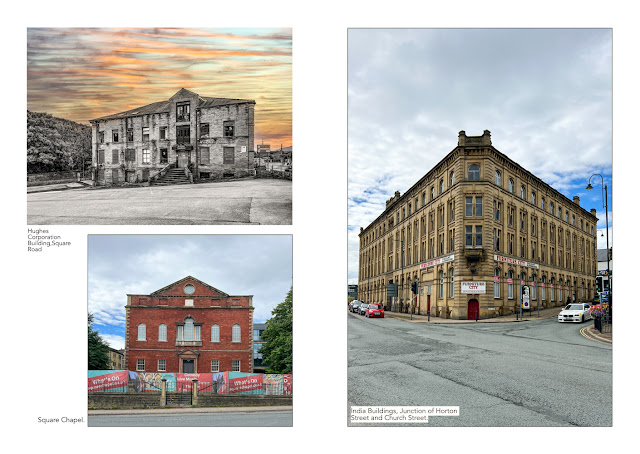 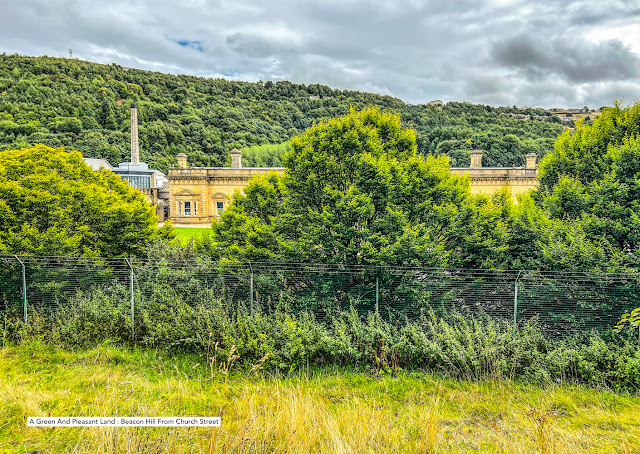 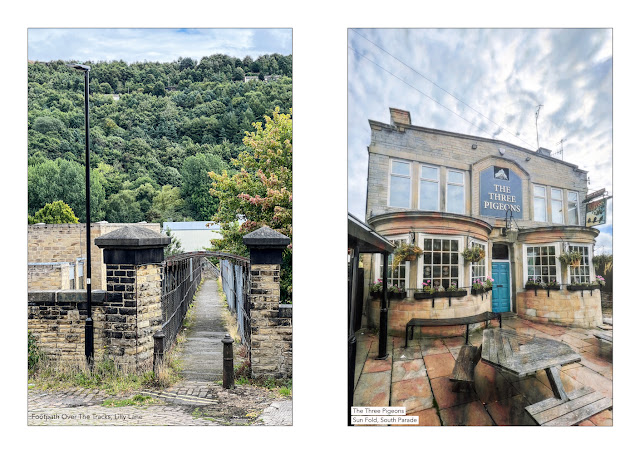 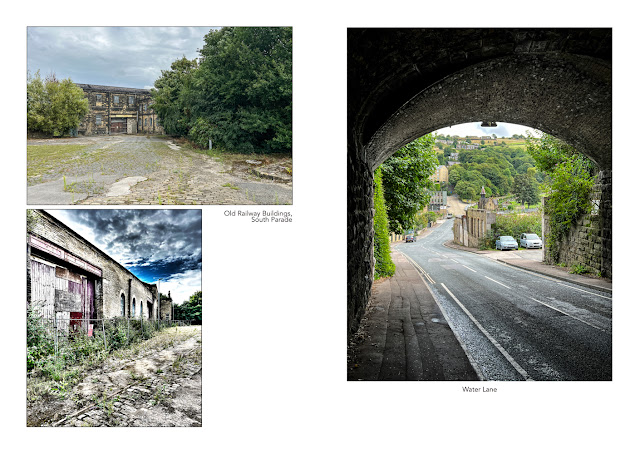 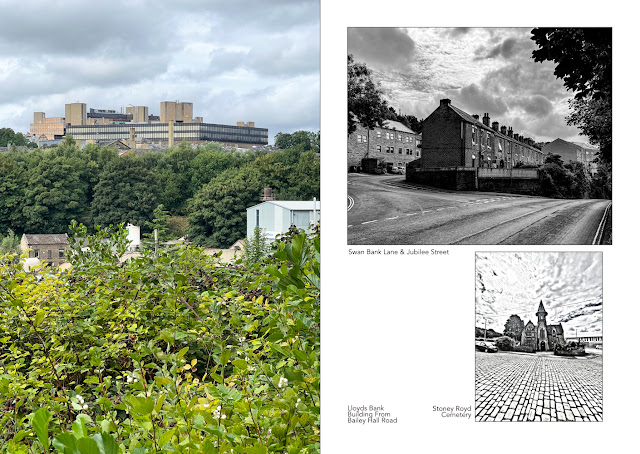 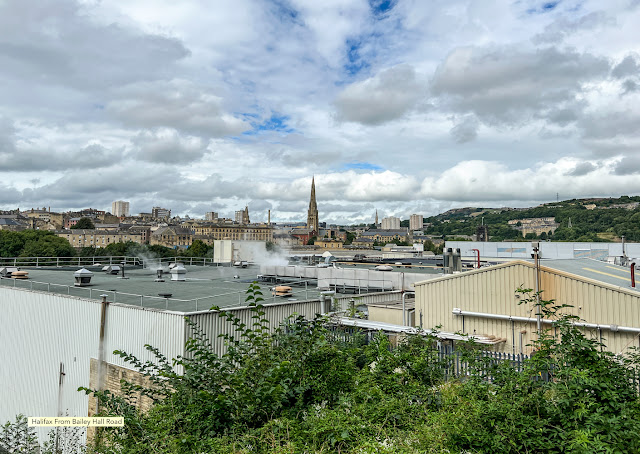 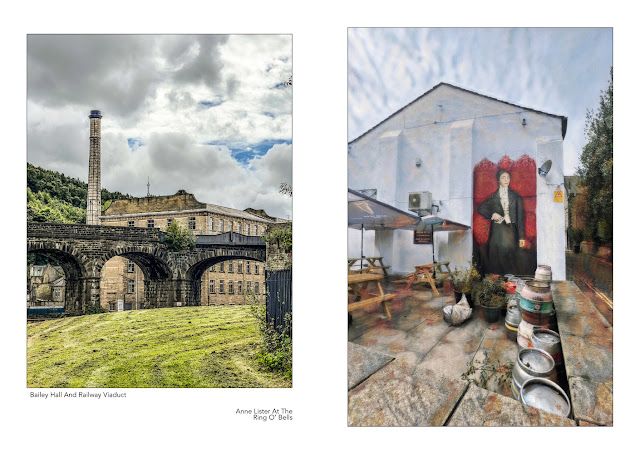 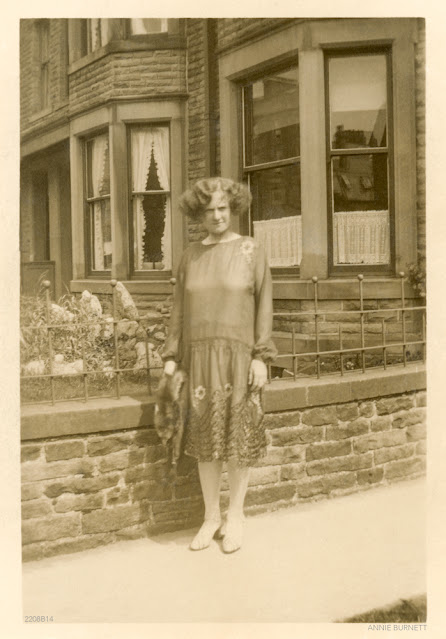 This is a photograph of my Auntie Annie - Annie Elizabeth Burnett who, in October 1933, became Annie Moore. My guess is that this particular photograph was taken before she married and could potentially date from somewhere in the late 1920s. She was born in 1903, and therefore she would have been 25 years old in 1928, perhaps about the time the photograph was taken. To try and pin down the date more accurately, we need to turn to those old standbys of photographic dating - cars, clothes, aerials and dustbins. We can quickly get rid of two of these markers - there are no cars in the photograph and no rooftops to check for TV aerials or satellite dishes (although the photograph is clearly too early for either). Dustbins are also a more recent marker - try taking a similar photograph in Britain today without an enormous wheelie-bin cluttering up the composition - so that can be dismissed as well. And that leaves clothes. 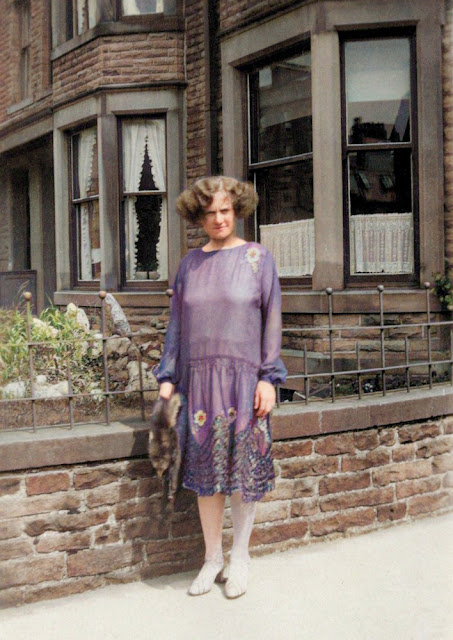 You could write a book on popular clothing styles over the years and their value in dating old photographs - and if you have, by any chance, written such a book, let me know and I will buy a copy - and the dress Auntie Annie is wearing could feature as one of the illustrations. Not only is there that magnificent dress, but also the poor dead fox she is holding in her right hand. The dress is clearly from the 1920s, but you can build in a degree of delay for such fashions to spread to the back streets of Little Horizon in Bradford. My guess would be 1928 or 1929, a time when she was already dating - or "courting" as they said in those days - the man she would marry four or five years later. It was also a time when her future husband, Harry, was trying his hand at becoming a professional entertainer, and had started touring the country as part of a professional Concert Party.

It was another twenty years before I came along - and another thirty before my memories of Annie became firmly established - and by then the dress will have been long gone. But I do remember the poor dead fox, stored on the top of the wardrobe in the little bedroom I used to sleep in when I stayed with them. Staring down at me, paws all limp, reduced to becoming a historical marker in an old photograph. 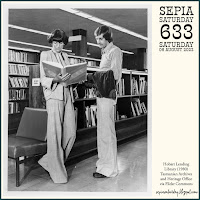