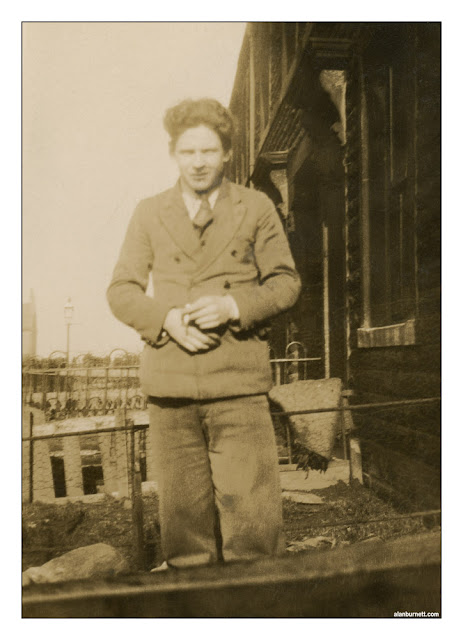 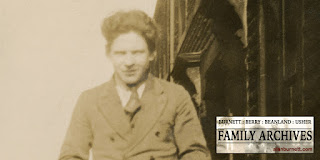 That's History For You 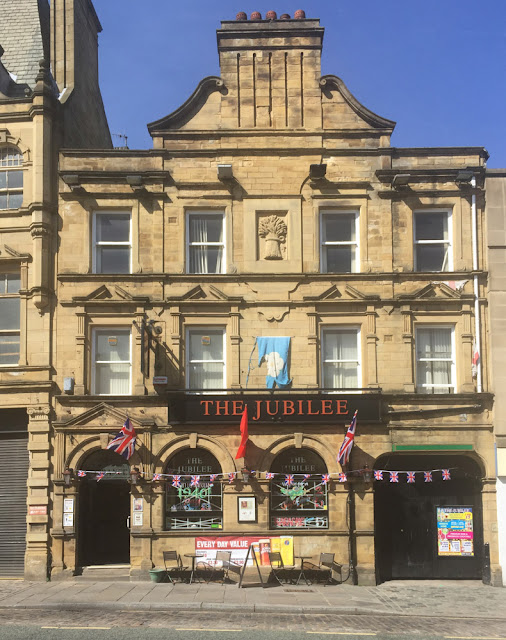 It started as the Wheatsheaf, way back when. The current building is part of Halifax Borough Market and dates from the 1890s, but it seems that a Wheatsheaf pub was on Market Street before that. In the 1970s, the pub name was changed to The William Deighton, in memory of the excise officer murdered by the Cragg Vale Coiners back in the middle of the eighteenth century. Twenty years later it was renamed again: becoming the Portman and Pickles in celebration of two famous Halifax born actors. Having developed a fine line in names that evoked local history, all that was abandoned in 2012 when the name was changed again to The Jubilee, to commemorate some royal jubilee or another. It seems a bit of a shame – there are countless jubilees, but there was only one William Deighton.
Two of the men convicted of murdering William Deighton were executed at Tyburn in York in 1775 and later their bodies were brought to Beacon Hill in Halifax and hung there in chains. It is said that their bodies were so arranged that their lifeless fingers were pointing towards Bull Close Lane, the site of the murder. If the Wheatsheaf / William Deighton / Portman & Pickles / Jubilee had been standing then, you could have seen the lifeless bodies hanging on Beacon Hill from the upstairs window. Now that’s history for you! 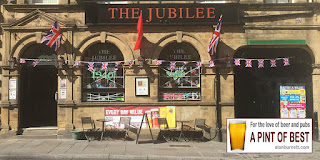 Random History : A Dying Man And A Missing Girl 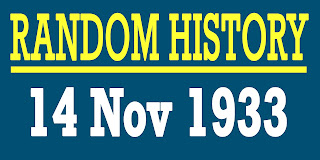 Historical events are not random: each follows from a series of previous events and leads to a range of future events. Causes and consequences hold history together like the threads of a spiders' web. Sometimes, however, the best way to examine these limitless connections is to jump into history at random: one day, one year, one newspaper - selected by a random number generator. 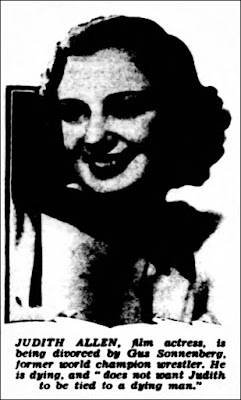 Nothing changes: disarmament talks are going nowhere, trade wars are rife, there's a war in Afghanistan, daylight robbery and old people killed by speeding cars! But there is one story that you don't see every week - a Hollywood starlet being divorced by her husband because he "does not want her to be tied to a dying man!"

Ahh - if only it were true. It turns out that Judith Allen was the one doing the divorcing whilst her husband of a few months was recovering from a heart attack in hospital. She had already been seen out on a date with Gary Cooper. Sonnenberg, in fact, survived another nine years (and another marriage) and died of illness whilst serving in the American Navy during the Second World War.

Judith Allen lived a long life (1911-1996) and married a couple more times after leaving poor Gus Sonnenberg in his hospital bed. She starred in a number of not very well known films during the 1930s, including one entitled "The Port Of Missing Girls". By some unfortunate coincidence, Judith Allen shares the front page of the Daily Herald with a story of a young woman, Mrs Madeleine Buxton, who went missing from a ship en route to the port of Southampton. 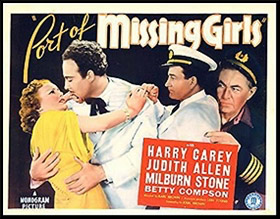 The Mystery Of William In Katoomba 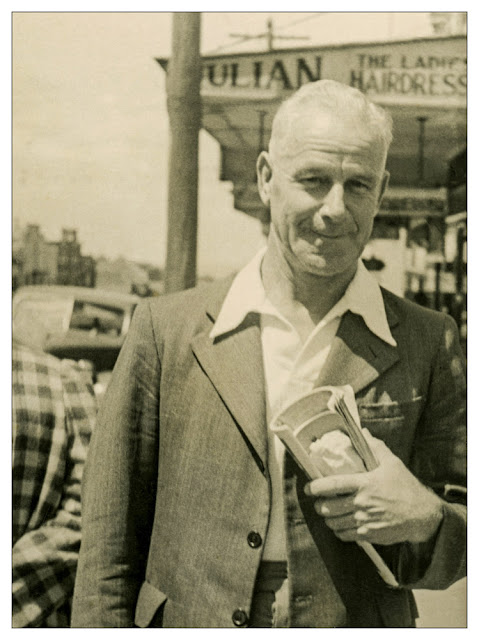 I have no idea where some of the old prints in my collection come from. This particular picture, however, comes from Tatler's Candid Camera Studio in Katoomba, New South Wales. I can also tell you that it features the unmistakable features of William O'Neill. How William got from one side of the world to the other is, however, a mystery. 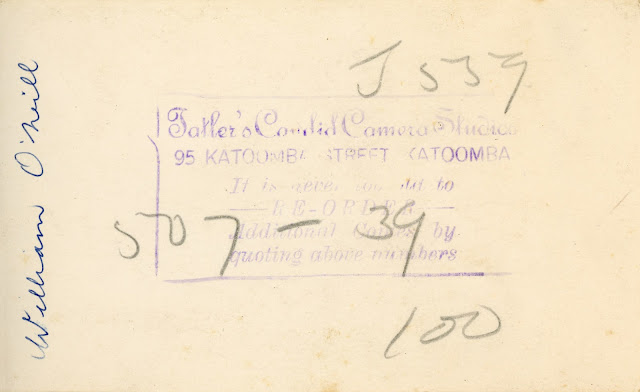 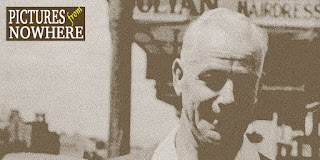 Swinging Drainpipes At The Charity Gala 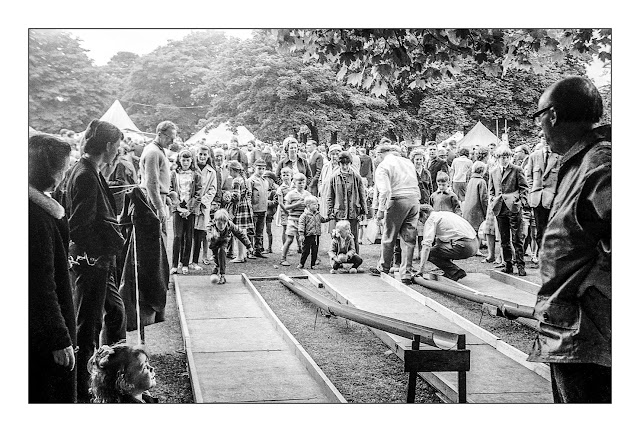 I took this photograph over fifty years ago at the Halifax Charity Gala. Even though it was the infamous "swinging sixties"; times were simpler then, and high-tech entertainment consisted of a hardboard bowing alley and some half drainpipes. 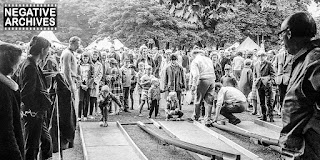 Yawningly Boring Postcard Of The Month 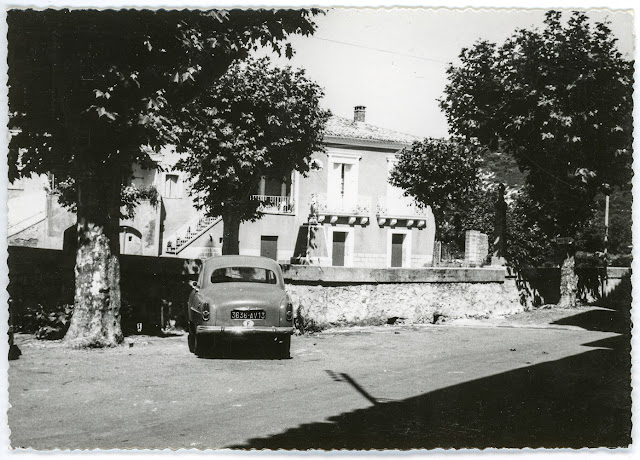 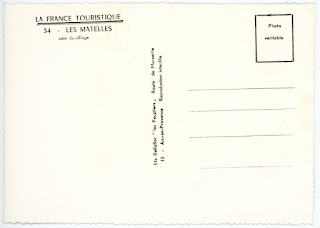 My entry for this month's "Most Boring Picture Postcard In the World" competition is this postcard from the "La France Touristique" series which features a car parked outside a house: all in stunning monochrome. According to the caption, it is a photograph of the town of Les Matelles, which is an ancient town in southern France surrounded by beautiful pine forests. None of this is highlighted by the yawningly boring photograph.
at June 15, 2018 3 comments: 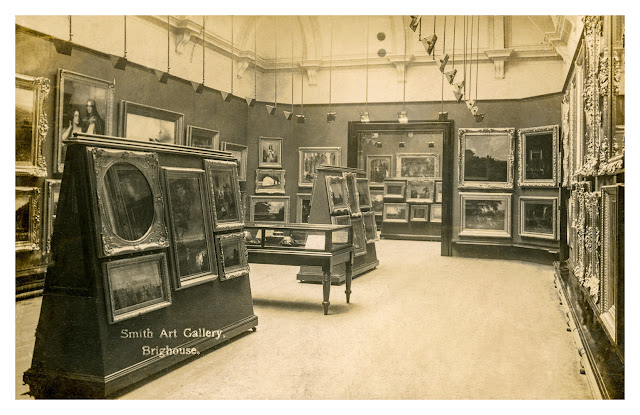 The thing about vintage picture postcards is that so often it is a trial of strength between the photograph on the front and the message on the back as to which can be the best source of historical interest. A perfect example is provided by a recent acquisition: a 1907 postcard of the Smith Art Gallery in Brighouse, Yorkshire. The Smith Gallery, and many of its paintings, were a gift to the town by Alderman William Smith, a local mill owner and benefactor. The gallery was built in 1906 and opened in the following year, and therefore this picture postcard must have been published to commemorate its opening. The gallery reflects a time when the northern mill town would compete with each other in terms of the grandness of their public buildings and the breadth of their provision for the arts. 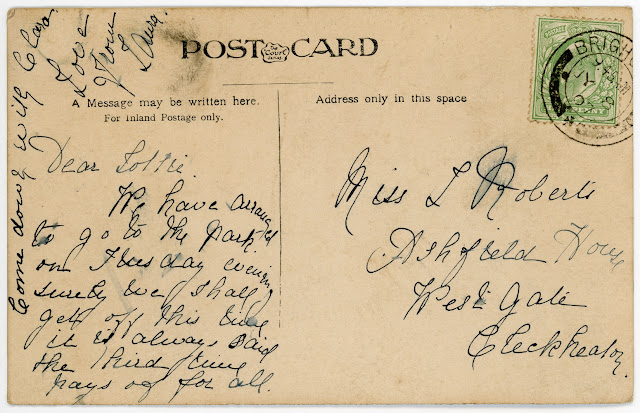 The reverse of the card contains a message sent to Miss Lottie Roberts of Cleckheaton from her friend Laura in Brighouse. These were the days before holidays to the Costas or Dating Apps would provide the opportunity to meet the partner of your dreams, and young people were limited to the simple pleasures of a walk in the park.

Dear Lottie,
We have arranged to go to the park on Tuesday evening. Surely we shall get off this time, it is always said the third time pays off for all. Come down with Clara.
Love from Laura.


I hope Laura was lucky in love and lucky in her third walk in the park. I was certainly lucky to find this fine old postcard and the store of social history that it contained. 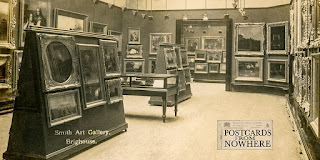 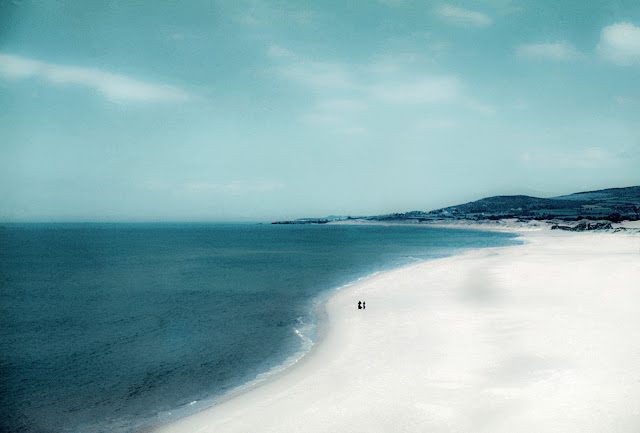 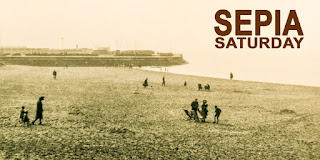 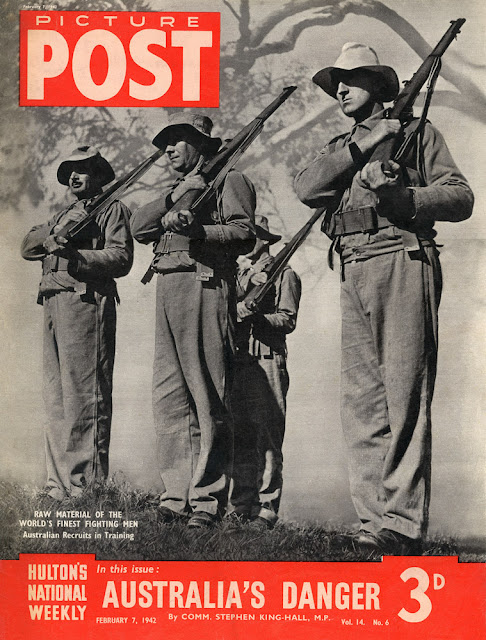 I have always thought that the British magazine, Picture Post (1938-57),  represented photojournalism at its very best and for some time now I have been trying to build up a collection of original copies. A new bundle arrived the other day which were all from the period 1942/3: the very height of World War II. The stories in each issue not only represent the key problems of the day, but they also often look forward to the kind of world that will exist when the long war is finally over.
The issue of the 7th February 1942 led with the danger facing Australia from invasion by the Axis Powers. The other contents ranged over a variety of issues from canteens for wartime farm workers to American students dancing to raise funds for the Free French. There was even a wonderful polemic aimed at the poor quality of film still photography. 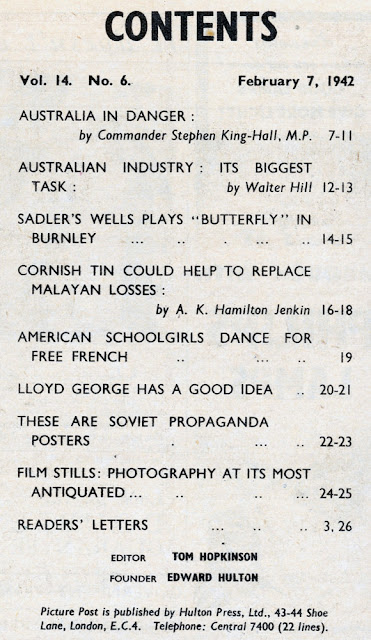 One of the outstanding features of Picture Post magazine was the quality of its own photographs and some of the finest British photographers of the twentieth century worked for the magazine including Bert Hardy and Bill Brandt. One article in the 7th February 1942 edition tells the story of how one of the great opera companies – Sadler’s Wells – took to the road during the war to bring entertainment, and culture, to wartime workers. When they visited Burnley in Lancashire photographers from Picture Post were there to record the event. And they did so with considerable style.