A Trip Through The Stratosphere To Southend (Sepia Saturday 452) 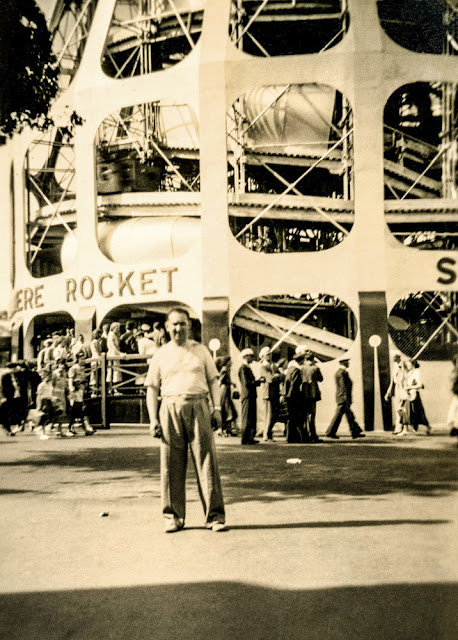 My photograph features the unmistakable features of Frank Fieldhouse ("Uncle Frank"), and thanks to his obsessive caption-writing, I can tell you that he is pictured in front of the Stratosphere Rocket ride at the Kursaal Amusement Park in Southend in August 1938. The Kursaal (a German word meaning "place of healthy amusement") is famous for being the first purpose-built amusement park in the world, and from the late nineteenth century until the 1980s it provided a series of attractions for visitors: from ghost trains to motorcycle riders, from roller coasters to rock concerts. 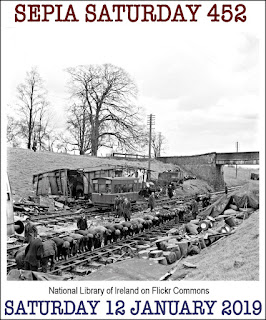 Our Sepia Saturday theme image this week features a 1959 photograph from the National Library of Ireland, which shows a group of railway workers repairing a line after an accident. Although it is a relatively late photograph (in Sepia Saturday terms), there is something slightly old-fashioned about it. By contrast, my 1938 photograph looks forward to an age when you could flag down a rocket ship and whizz through the stratosphere to Southend.