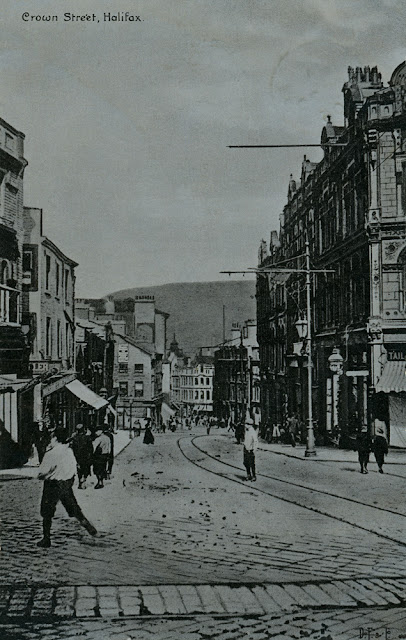 This is a rather odd little postcard which dates from the early years of the twentieth century and features a view of Crown Street in Halifax. For some reason, the publishers - the famous W H Smith & Son - have chosen to print the photograph in a murky black on a dark silvery grey; a process which leaves the scene looking as depressing as it is indistinct. Given the wonders of Photoshop, you can play around with the image and give it a rather warmer and homely finish. 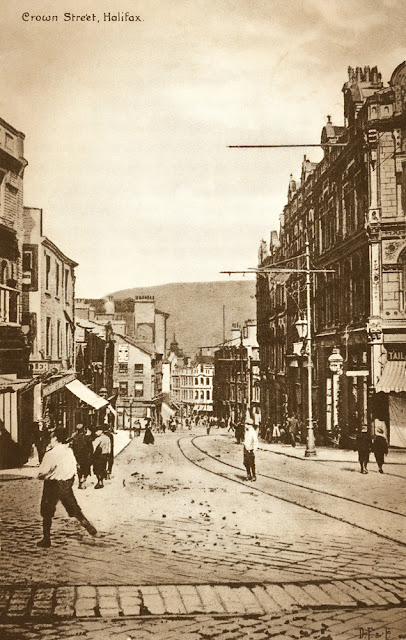 The photograph must have been taken from near the top of Crown Street, from close to where the Sportsman public house stands (although these days it is known as the Gun Dog). The Sportsman was built on the sight of a much older pub (the Rose And Crown), but the current building dates from 1904. It will take an eye more attuned to Edwardian Halifax than mine to decide whether the Sportsman is just visible on the left of this photograph, but if it is of any help, the card was posted in October 1906. 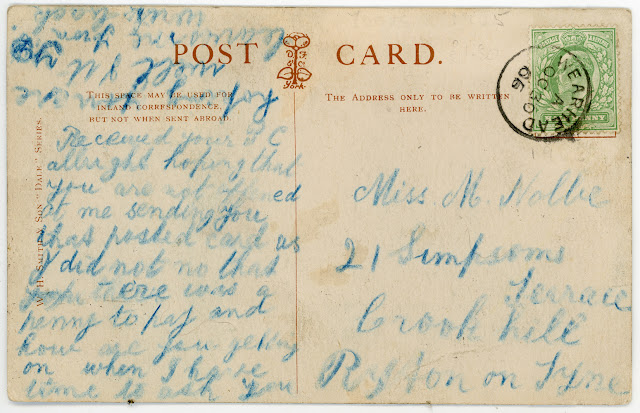 In perfect keeping with the indecipherable grey of the front of the card, the sender has decided to write the message with some form of blunt blue crayon, thus presenting a challenge to anyone who wants to read it. My best shot is as follows:-

To: Miss M Nollie, 21 Simpsons Terrace, Crookhill, Ryton on Tyne
Received your PC alright hoping that you are not offended at me sending you that postcard as I did not no that there was a penny to pay and how are you getting on when I have time to ask you hoping you are well. I'll leave you with luck TD
Posted in Wearhead, October 30 1906

It seems that the sender forgot to put a stamp on the last card he or she sent to Miss Nollie - hence the one penny which had to be paid. Perhaps they had sent it shortly after a good night out at the Sportsman! 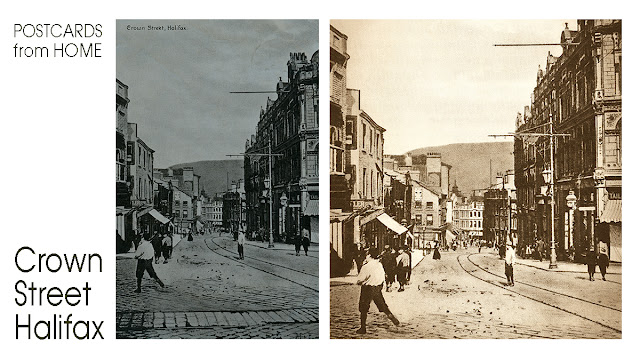