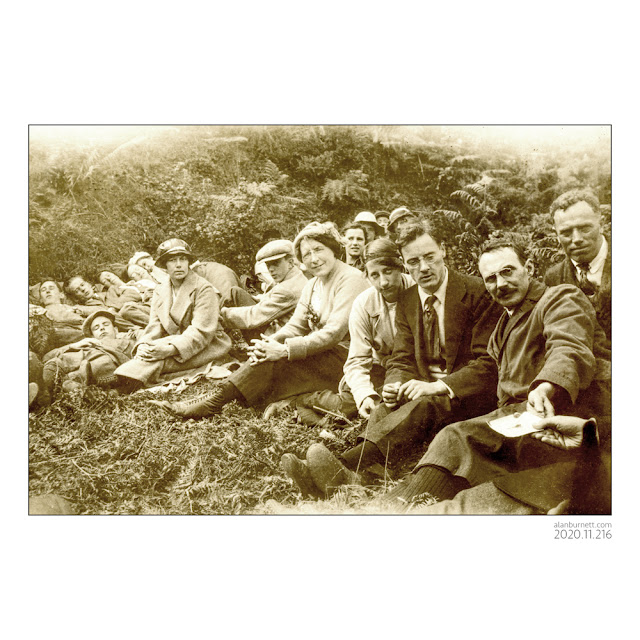 Another plunge into the pool of the unknown. Somehow I acquired an album of photographs from the 1920s and 30s. Photographs of people I don't know in places I have never been. Photographs that captured an instant in time, which eventually faded into a memory and then was lost forever. Not quite forever: this tiny photograph has been found, restored, re-shared with the world.

The only information I have is that another photograph on the same page in the album was captioned "Sulby Glen". Sulby Glen is near the village of Lezayre in the Isle of Man. We can assume that this party of walkers were taking a rest and a photo opportunity whilst exploring the glen. Where they came from, I don't know. Where they went to afterwards is equally unknown. But for a brief instant - as brief as the click of a shutter - we can join them in the glen and share their world.