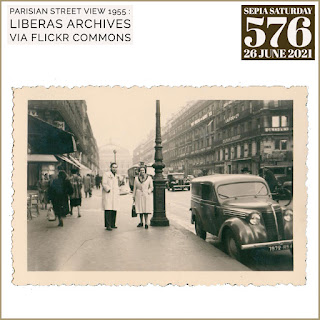 Our Sepia Saturday image this week features a photograph of a Paris Street taken in the 1950s. My contribution to this long-running weekly meme is a photograph of a London street taken in the 1930s. Although there is a twenty year difference between the two shots, not to mention two hundred and thirteen miles, there is something about the mood of the photographs that is strikingly similar. My photograph, taken by my infamous Uncle Frank, has always one I return to again and again, and each time I return to it I discover more images hidden away within it. 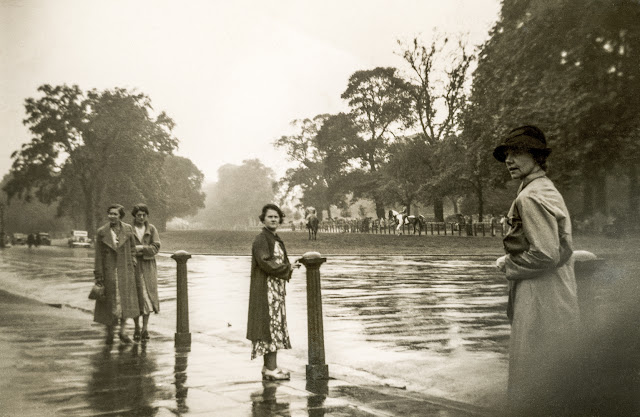 It's a far from perfect photograph: the composition is unconventional, the focus is unsteady and my Uncle Frank's finger seems to have obliterated the bottom corner of the shot; but still it is one of my favourite family photographs. Frank Fieldhouse took the photograph whilst on a trip to London with his wife-to-be Miriam Burnett in August 1938. He captures Miriam and even gets in some of the famous horses trotting up Rotten Row alongside Hyde Park. He gets so much more, however: he captures history, mood, emotions. It is a great photograph for Lockdown - what on earth would the people captured in this image make of the concept of Lockdown eighty years into their future? - because you can spend days discovering mew pictures hidden amongst the old. Here are just a few:- 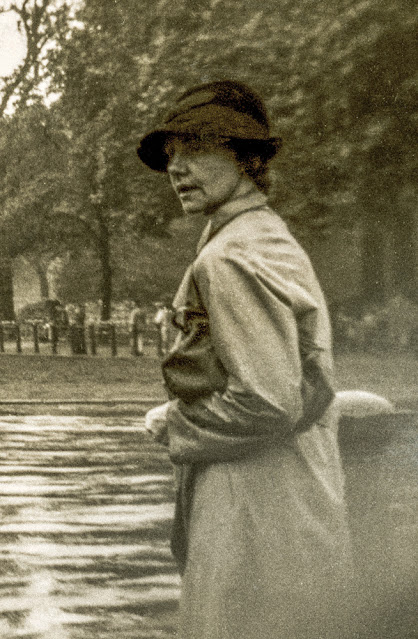 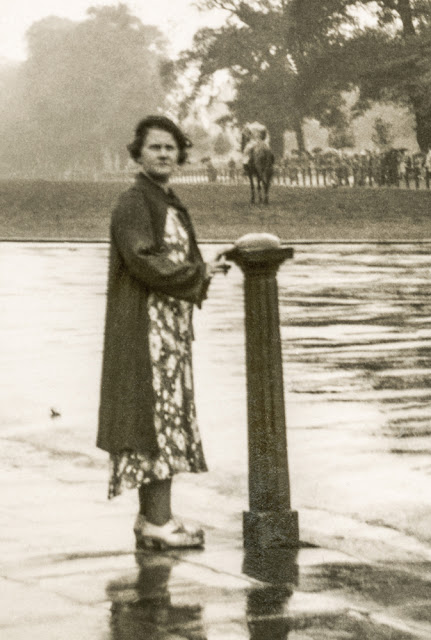 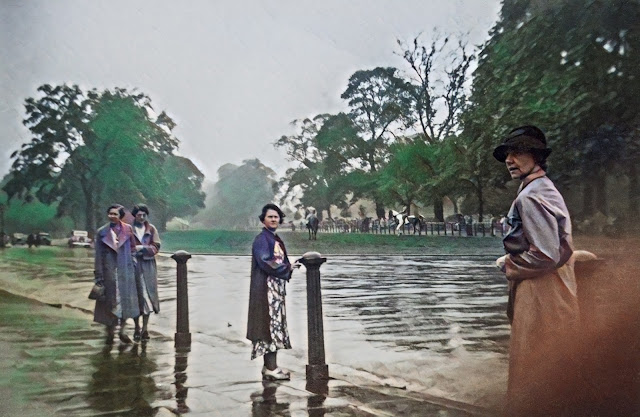 With a theme image from Paris and my photograph from London, it is a tale of two cities, but also a tale of two times. And that, is what Sepia Saturday is all about.