Driving Down The Lanes Of Nostalgia With A Shot Of Redex 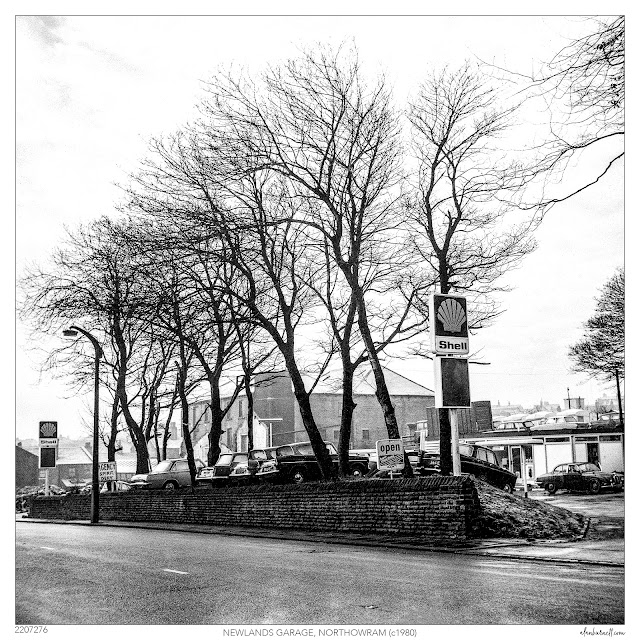 As soon as the scan of this old negative of mine emerged from the digital equivalent of the developing solution, I knew there was something wrong. Not wrong, perhaps, as we all know that photographs and Prime Ministers can never lie, but something not quite right, something different. The photograph is of the Newlands Filling Station in the village of Northowram, near Halifax. I must have taken it sometime around 1980 as the old Crown Brewery building had been demolished and the newer carpet and furniture showroom had not been constructed. It was a view I was very familiar with as I spent most of my childhood living opposite the garage, down Oaklands Avenue. I used to walk between the garage and the old brewery on my way to the village school. My first ever job was at the petrol station, doing what the Americans so evocatively describe as "pumping gas".  It was the 1960s when I worked there and I remember the price of a gallon of petrol reaching five shillings (25p) - a challenge to cash hungry motorists but a blessing to petrol pump attendants who had to calculate prices and change. For those wishing to saunter down the inflationary lanes of nostalgia, the current price of petrol is £7.50 per gallon.

Looking at the photograph transported me back over half a century: to the clinging smell of petrol, to those white uniform coats, to the shot of Redex in the petrol tank. And then, the penny dropped (to those still sauntering down the inflationary lanes of nostalgia, the .4 of a new pence dropped) - when I worked there, it was a BP filling station not a Shell one. Such things mattered, in those days, people would have a brand loyalty when filling their cars with petrol. They would argue that they went better on BP as compared to Shell, they would go further on Esso as compared to Mobil, and they would go faster on National Benzole compared to Jet. Such brand loyalties were reinforced by massive advertising campaigns, not to mention promotional toys, beer glasses and Green Shield Stamps.

No doubt, sometime after I had left the village, it changed from being a BP garage to a Shell garage. It also started selling second-hand cars, which it never did in my day. It's all history now. The petrol station has been replaced by a housing development - I wonder if they can still catch the faint aroma of four star petrol when the wind is in a certain direction? - the furniture showroom that replaced the brewery has itself been replaced by a supermarket ... and petrol has become faceless, nameless and very expensive.