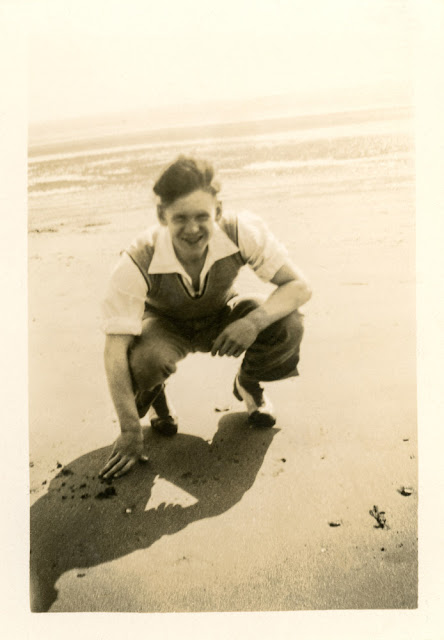 When I look at this photograph of my father on a seaside beach (the chances are it will have been Cleethorpes), I see him ... and then I see my brother, and then myself, and then my son, and even - if I squint a little - my grandson. What that box camera of eighty years ago did was to capture, not the soul or the spirit, but a decent chunk of DNA.
at December 03, 2018