Christmas Greetings To All For my News From Nowhere Christmas Card this year, I have chosen a vintage postcard of a snow-covered Halifax Parish Church, which forms part of my Postcards From Home series. I am having some difficulty in pinning down the precise date of the photograph - the postcard had not been used, which removes one means of dating it - but from the style of the card, I would guess sometime in the 1920s or 1930s.


Work on the Church of St John The Baptist in Halifax was started as early as the 12th century and largely completed by 1438. In 2009 it was made one of the three Minster Churches of West Yorkshire (the others being Dewsbury and Leeds). 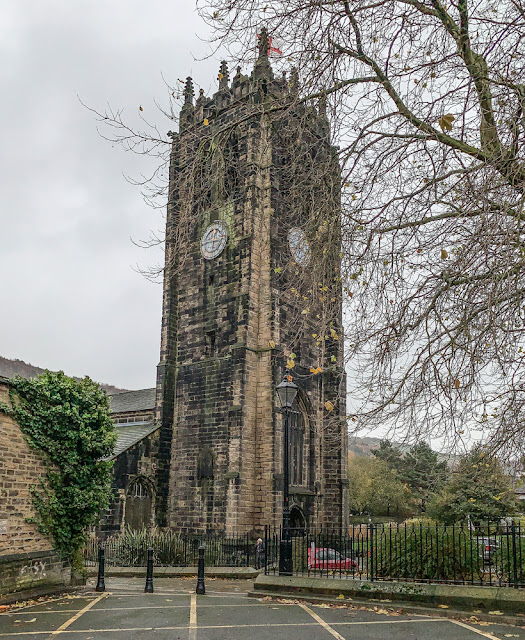 At some stage, somebody made the brave decision not to clean up the stone work on the church; and so, even today, in a very physical way, the church tells the story of the hard work and industry that has always been a part of life in the parish.

All that remains is for me to wish everyone a Very Happy Christmas and a Peaceful New Year. 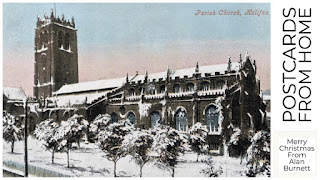