Nineteen And A Quarter Miles 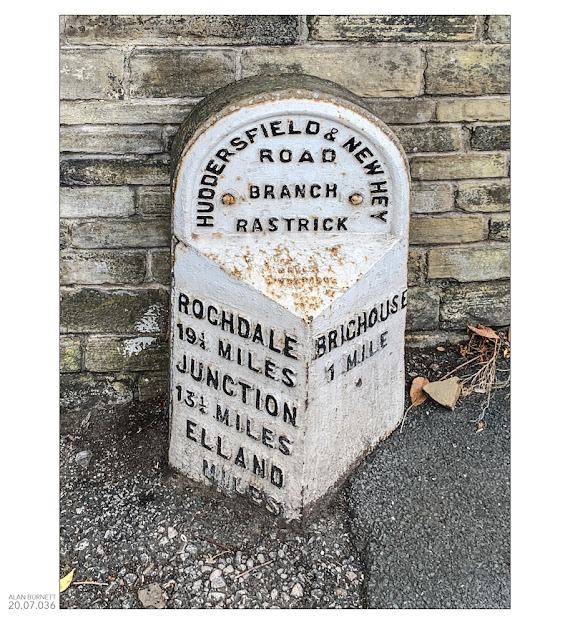 So why would anyone place a milepost on an obscure back road in Rastrick telling passers by that it was only nineteen and a quarter miles to Rochdale? Who would want to know that? You might want to know how many miles it was to Elland, but that piece of information has worn away. Further research shows that this was the end of the Rastrick Branch of the Huddersfield and New Hey Turnpike Trust which was established by Act of Parliament in 1806. And where exactly is New Hey? It's an equally obscure little suburb of Rochdale, exactly nineteen and a quarter miles away.
at July 05, 2020