I Am Neither A Rock Nor An Island 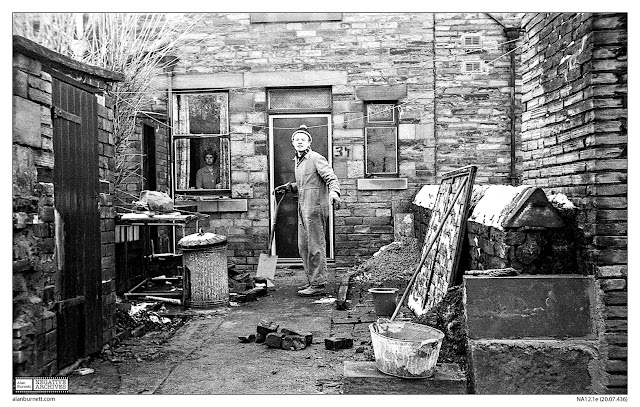 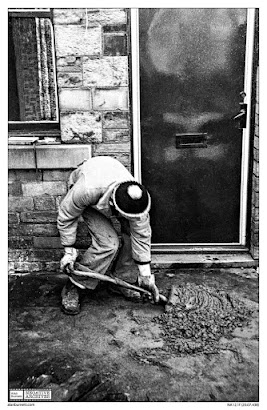 The last two frames of the strip of negatives from the winter of 1964/65 reveal how I can be so sure of both the date and the place. They show the destination of my walk, which was to my brothers' new house in East Street, Lightcliffe. I may be neither a rock, nor an island (thank you Paul and Art for accompanying me in my walk), but at least at the end of my walk I can have the pleasure of watching Roger dig up rocks from his back yard.
I can remember the project well: he was clearing the yard to make room for the boat he was about to build there. By the Spring of 1965, the boat was well on the way to completion, and later that year it was starting its journey around the canals of northern Britain.
It was replaced by further boats, each of increasing size and complexity, and they would eventually take my brother and his family to the other side of the world. He will probably be reading this post from his island home in the West Indies: with memories of all those years ago .... and trying hard to remember what on earth snow is.
at August 03, 2020