The Rise And Fall Of The Crown 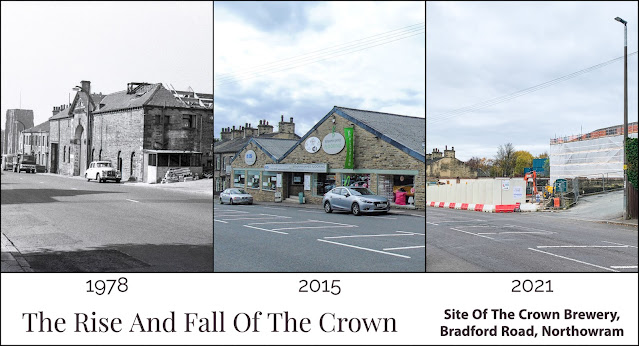 I had an email last week from someone who is writing a history of the Crown Brewery in Northowram, asking permission to use some of my photos of the building from 45 years ago. I was more than happy to grant permission as this was a building that I grew up with, living, as I did for twenty or so years, just a few hundred yards from where it was situated. 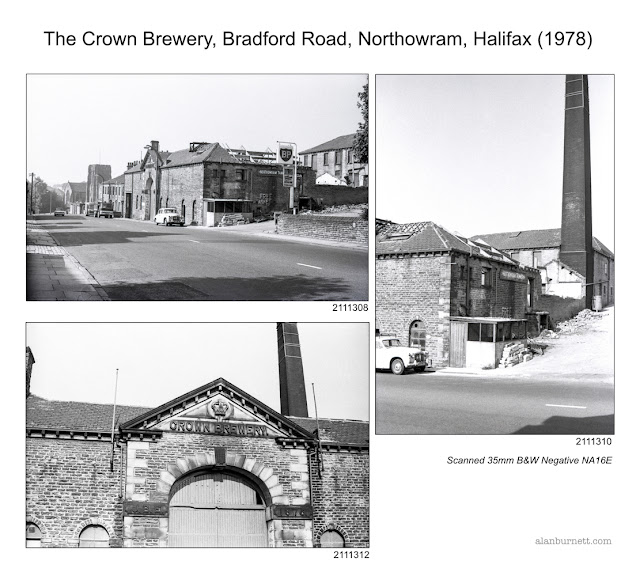 When I knew the building in the 50s and 60s it had long ceased to be a brewery, and was the works of C&R Construction who manufactured asbestos sheds and garages. When I took these three photographs in 1978, the old brewery building had been partly destroyed by fire and asbestos garages were rapidly becoming a thing of the past. 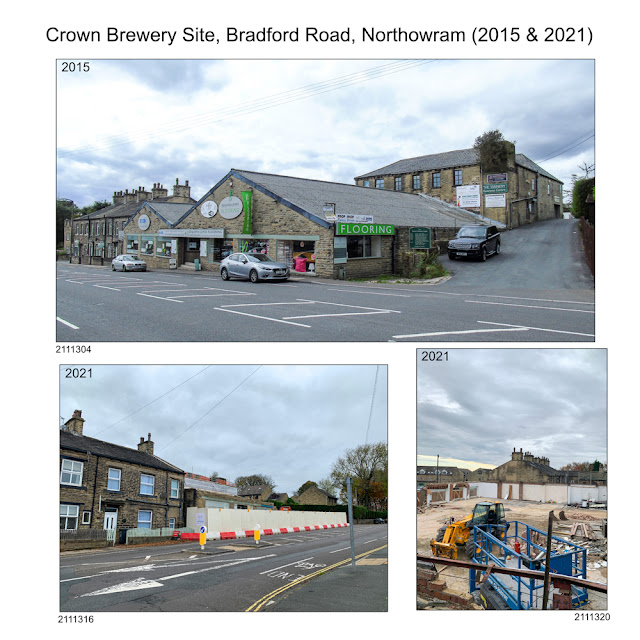 The old brewery building was replaced (probably in the 1980s) with a new furniture showroom and then that later became a showroom for a flooring company, and it was at that stage that I again photographed the building in 2015. Before sending these photos off to the person researching the brewery building, I decided today to drive to Northowram and check the latest status of the building. To my surprise, I discovered that the new building that replaced the brewery building has itself been demolished. Hopefully I will still be around when the next building goes up on the site, so I can continue to document the rise and fall of the Crown.