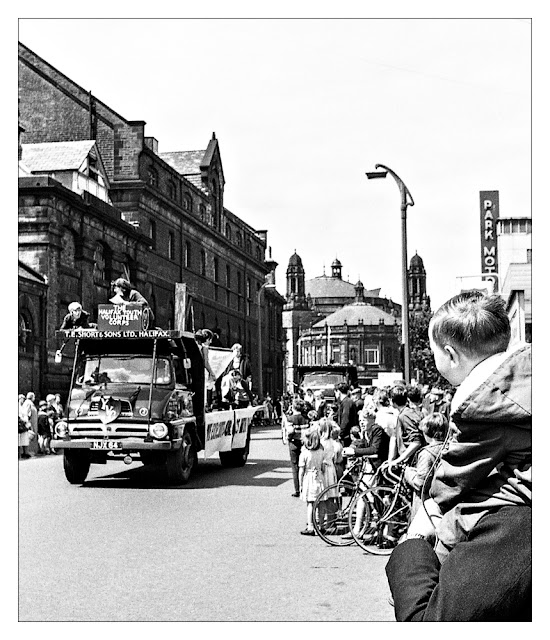 This is a new scan of a photograph I took over 50 years ago, and it shows the Halifax Charity Gala parade in 1965 passing the old Ramsden’s Stone Trough Brewery building (RIP) at Ward’s End, with the ever-present Victoria Theatre in the mid-distance. 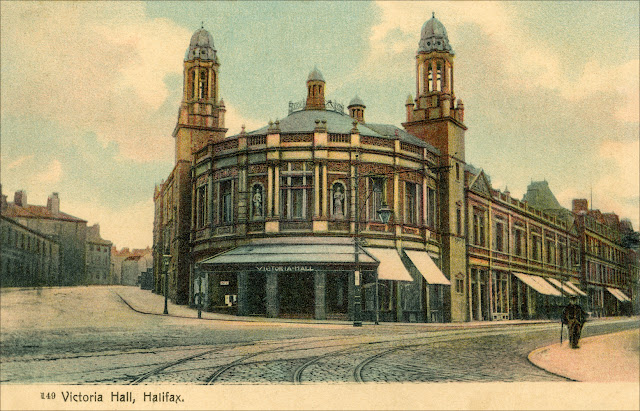 This is a somewhat colourful picture postcard of the Victoria Hall in Halifax which dates from the first decade of the 20th century. Such cards were hand-coloured, and one can suppose that the colourful imagination of the colourist got the better of them on this occasion. 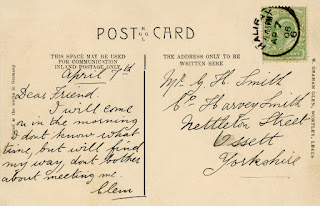 The card was sent to Mr G H Smith of Nettleton Street in Ossett. I have been able to trace Harvey Smith in the 1911 census (he was a rag merchant not the famous equestrian rider of sixty years later), but I can't find a G H Smith at that address. The closest match is one Harold Smith who would have been just ten years old when the card was posted, and thus more likely to have been addressed as Master G H Smith. People were forced to grow up quickly back in those days, however; Harold Smith went on to fight in the Great War during which he was awarded the Romanian Military Medal for Distinguished Service! That, no doubt, is another story. 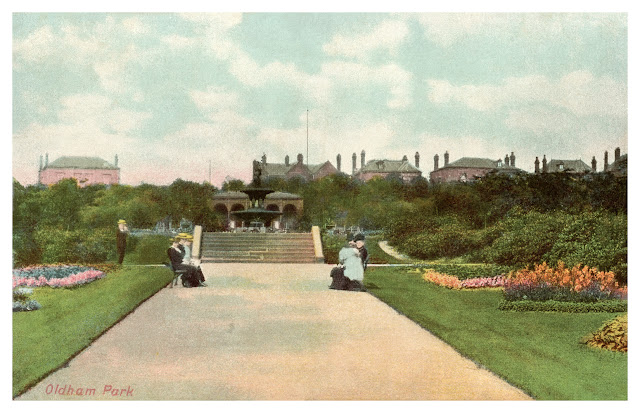 Fowler's postcard collection features a fair number of picture postcards of Rochdale - where his sister seems to have been living - but this one was posted in the Lancashire town of Oldham and comes from his cousins, J&M Clifford. Given the fact that we know their names, their address and that they are cousins of Fowler Beanland, you would imagine that it would be relatively easy to connect them to the Beanland family tree, but I haven't managed to do it yet. 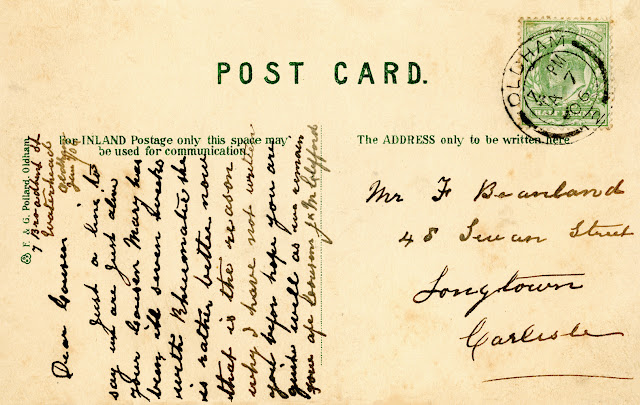 The message on the reverse of the card is as follows:-

7, Broadbent St, Watershead, Oldham. January 1906
Dear Cousin, Just a line to say we are just alive. Your cousin Mary has been ill seven weeks with Rheumatic, she is rather better now, that is the reason why I have not written you before, hope you are quite well as we remain your afc cousins, J&M Clifford.
at June 19, 2019