The Girl With The Awfully Big Hat 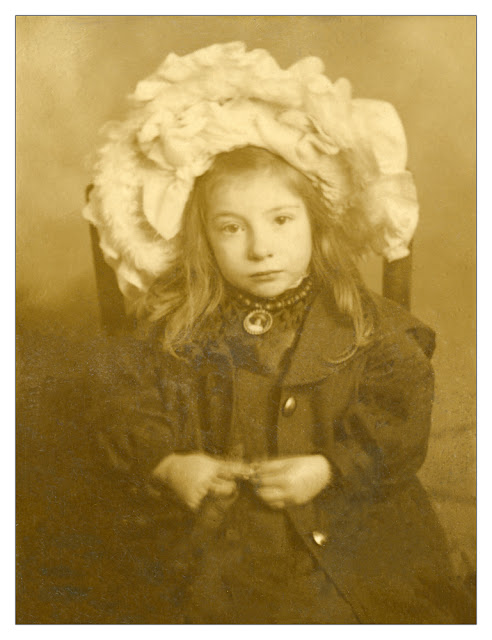 An old photo, not much bigger than a postage stamp, pasted to the cover of an old album. But who is the girl with the awfully big hat? Facial recognition rides to the rescue.


The tiny photograph was pasted onto the back page of the postcard album of my mother's uncle, Fowler Beanland. It was only when the print was scanned and cleaned up that I begun to fully appreciate it for the charming portrait that it was: a picture of a little girl with an awfully big hat. Given that it had pride of place in Fowler's album, the chances were that it was a family member - but which one? Fowler never married and had no children of his own, but there were a good many nieces who could potentially fit the bill. I have never been very good with faces, but even to me there seemed something vaguely familiar about that slightly quizzical look.

Luckily, these days, most photographic programmes come with some form of facial recognition software, and therefore I was able to submit the girl with the awfully big hat to Adobe Lightroom for a considered judgement, and Lightroom quickly came up with a very definite suggestion. The young girl is Amy Beanland, my mother's sister, and favourite niece of Fowler Beanland.

Amy was very much a woman of the twentieth century. She was born in Keighley in 1904 - which means this photograph must have been taken in about 1909 - and eventually died in 2001 in Scarborough. Between these two dates she managed three husbands and a lifetime of experience. The girl with an awfully big hat had an awfully full life. 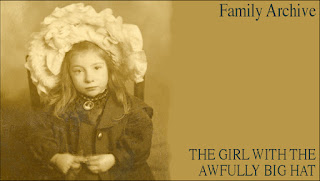