Sepia Saturday : Up On The Rails 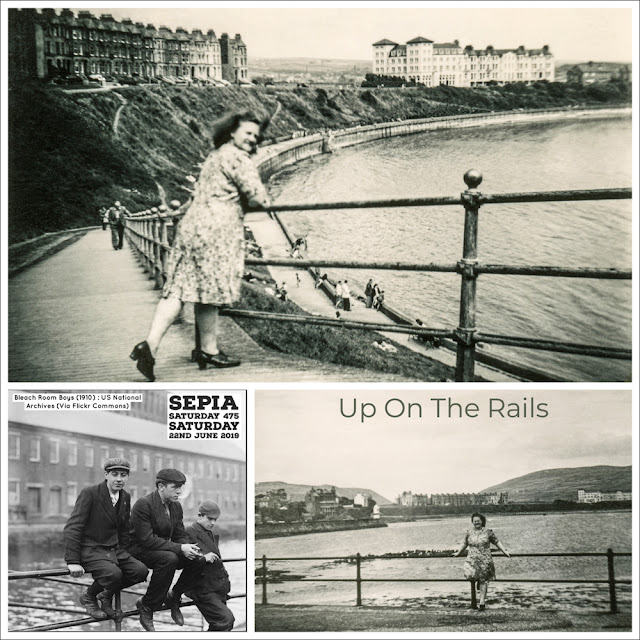 The common feature in these three photographs is, of course, the railings. Our Sepia Saturday theme image dates from 1910 and shows three young men taking a break from the "Bleach Room" where they work. They relax on some metal railings next to a river. The other two photographs feature my Auntie Miriam, and date from a holiday she and her husband, Frank, took in the Isle of Man in 1947. Frank was always the complete captioner, and therefore we know that both photographs were taken in Port St Mary which is on the south of the island. The first is titled "Chapel Bay" whilst the second one has the title "The Two Bays".  Given the post-war date, Miriam was lucky to find any metal railings to lean against - so many items of public metalwork had been acquired by the Government during the war to melt down into aircraft parts!