Sepia Saturday 282 : A Triptych Of Moves 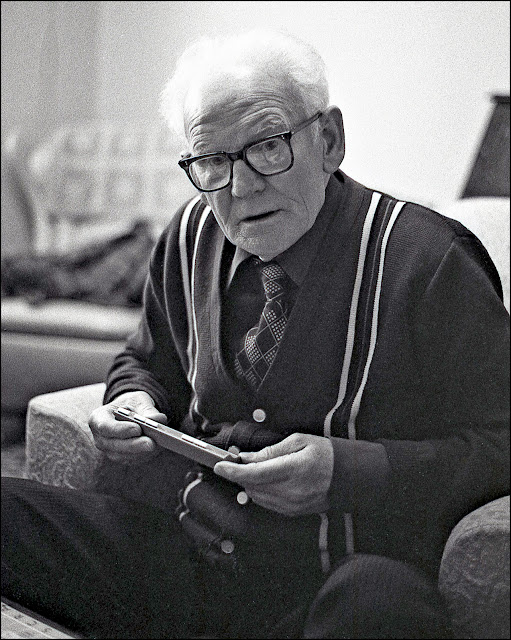 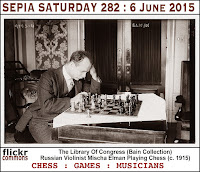 Three pictures encompassing three generations (although you may need to squint hard to spot one of those generations) provide a digital triptych for this week's Sepia Saturday where the theme image features a Russian violinist playing chess. My first photograph doesn't quite hit the thematic nail on the head as it shows someone who is neither Russian, nor a violinist, nor playing chess. Nevertheless, my father - for it is he - could conjure up a rousing tune on a concertina and this photograph of him (taken probably forty years ago) shows him playing Scrabble, a game that he and my mother played most evenings. 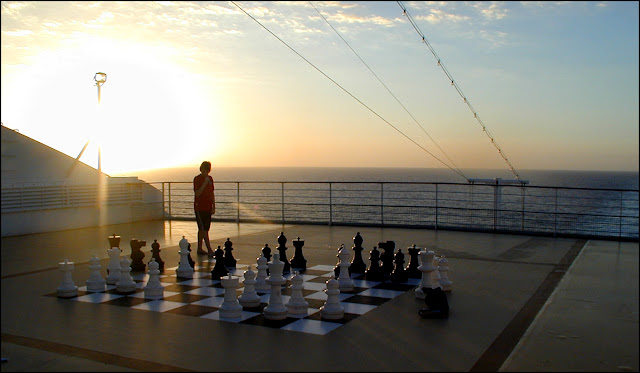 My second photograph does feature a chess game being played aboard a ship sailing off into the sunset somewhere on the Mediterranean Sea. That is Alexander - captured pensive against the setting sun - the grandson of the Scrabble playing Albert Burnett of the first photograph. It was taken in 2003 when he would have been about 13 years old. 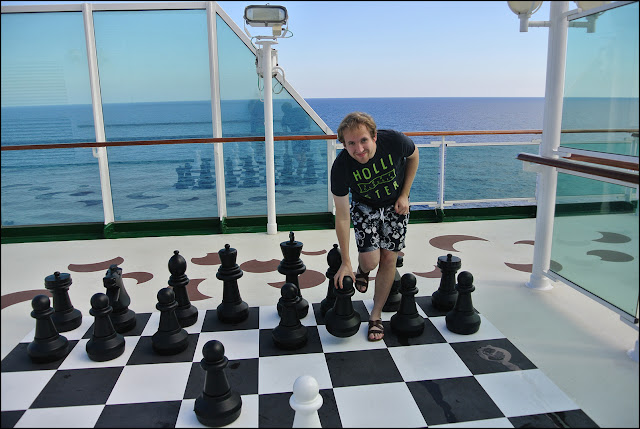 The final panel of the triptych features the same subject although it is a different ship and, clearly, a different time.  This was taken less than nine months ago as we rounded the toe of Italy. You may well note that the pensive approach has now vanished and a bold and confident move is in the process of being made. And if you haven't spotted the intermediate generation just look at the reflections in the glass on that third picture and you will just make out a figure taking a photograph and wondering "what's he up to now?"

And to discover what other Sepians are up to this weekend, move on over to the Sepia Saturday Blog and follow the links.