Sepia Saturday 300 : Let Us Remember Them 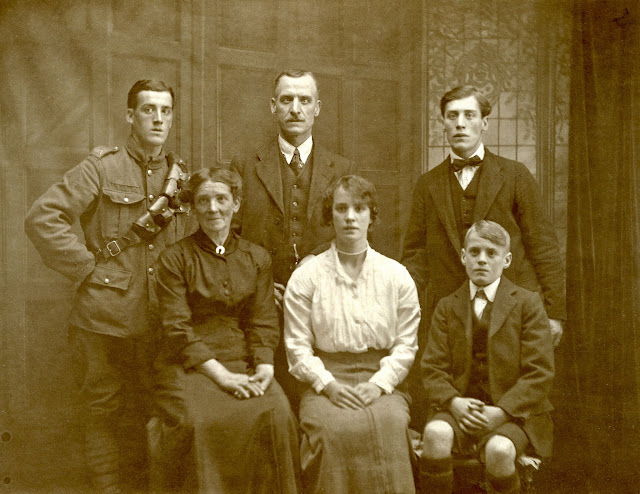 We are away at the moment but I could not let Sepia Saturday 300 pass without a quick post. This is a scan of a photograph which was part of a job lot of old photos, bought from eBay for a few pounds. It shares a number of elements with our theme image. Hopefully, by buying the box full of old photos I have saved them from, at best obscurity, and at worst the dustbin. Thus it has been saved. I have no idea who the people in the photograph  are; they are not my relatives, they may be yours, they certainly are someones. Thus it is unknown. And judging by the clothing and the styles and the uniform of the young man on the left, it must have been taken during World War 1. Given the unlimited carnage of that conflict the chances are that at least one of the subjects may have been dead before the photographic emulsion had dried.


So whoever they were, wherever they were from, whenever the lived and why ever they died : let us remember them. That, after all is what Sepia Saturday has been all about for the last 300 weeks.