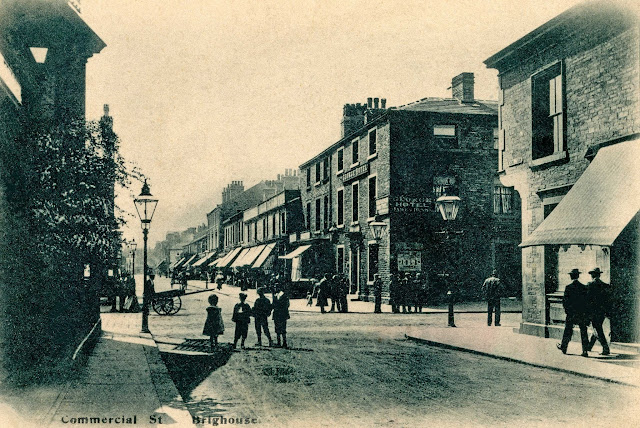 The second of my local vintage postcards shows Brighouse, the little town at the bottom of the hill. It was taken about 110 years ago and shows the junction of Commercial Street, King Street and Bradford Road. The George Hotel can clearly be seen towards the centre right of the photograph. The George was built in 1815 (this year is its bicentenary) and it originally had a small brew-house to the rear of the building. At the time the photograph was taken, James Dyson is shown as being the owner of the hotel (you can just make out the name under the George Hotel sign). Records show that James Dyson was licensee at the hotel from 1889 to 1915, at which time he moved to the New Inn in Marsden (coincidentally, a pub which is now the regular venue of the Old Gits Luncheon Club). 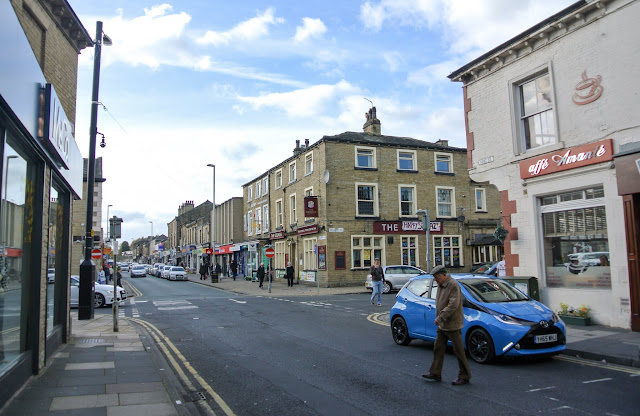 My modern photograph shows the George still standing proud along with quite a few of the other buildings. The handcarts have been replaced by shiny new cars, but there are still a fair few Lowryesque figures to animate the scene.