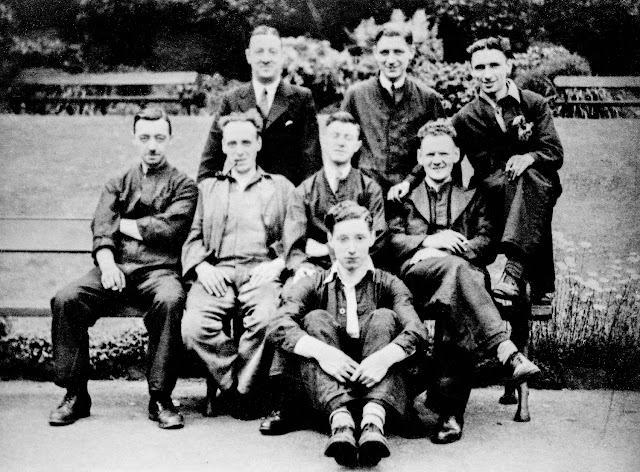 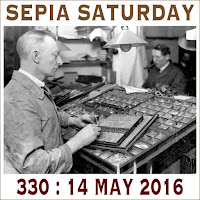 When I think of my father, Albert, working, I think of him working at the Halifax factory of the toffee manufacturers, John Mackintosh & Sons. I was only two years old when he started working for them, and he continued in the same job until he retired, twenty-six years later. And therefore my chances of coming up with a family photograph to match a Sepia Saturday theme that features someone clearly working in the printing industry, are, at best, remote.

And then I remembered that, before moving from Bradford to Halifax in order to take up his job with Mackintosh's, he worked for a Bradford company called Field & Sons, and they specialised in printing and packaging for the food and retail industry. And so started a journey in search of my father - or at least a printed and packaged version of my father.

I am not entirely sure when my father started working for Fields, but it must have been before the outbreak of World War II, because he was in a reserved occupation and for the duration of the war much of the production at Field & Sons had been changed over to the manufacture of gun parts, shell and bomb parts, and components for radar. The nature of this work might have contributed to the fact that I was unable to find any work-based photographs from this period, other than the one at the head of this post which shows Albert - seated on the bench at the right - and a group of his workmates at what appears to be the company bowling green. 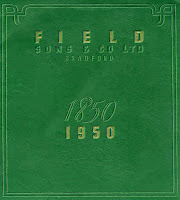 A little more on-line research brought to light a fascinating history of the firm that was published in their centenary year, 1950 : when my father would have still been working for them. Amongst other things it illustrates the range of processes that took place at the Bradford factory, from design and printing right the way through to the production of cardboard boxes and other forms of packaging material. Back in the 1950s, everything from a packet of Capstan Full Strength, through to a tube of Colgate toothpaste or a Chivers' Jelly was probably packed in a box manufactured by Fields. 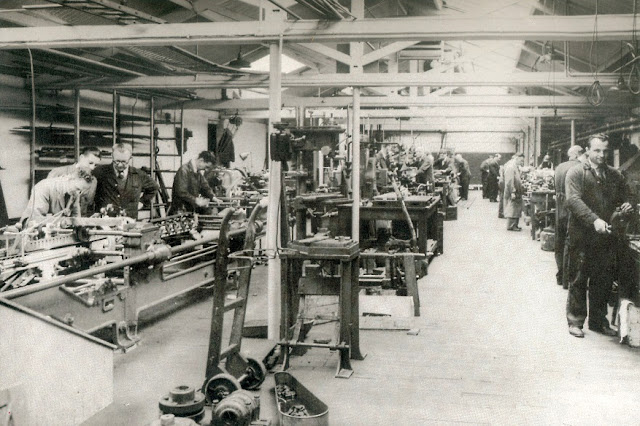 And there, on the extreme left of the photograph, is Albert, bent over some machine part - a machine that would stamp, punch, bend and print him into history.