From Brookfoot to Antarctica On A Half Penny Stamp 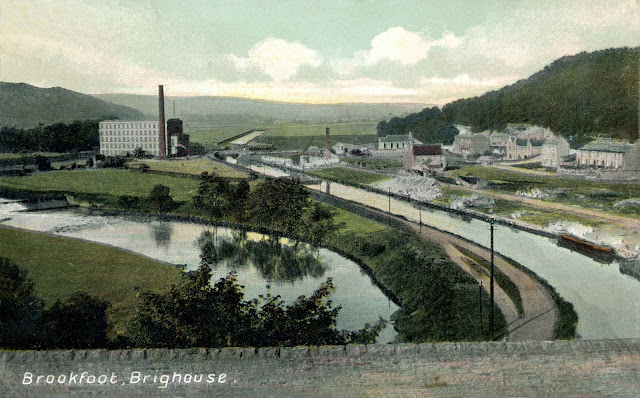 This picture postcard of the area known as Brookfoot just to the west of Brighouse, is fairly typical of the first decade of the twentieth century. The colours are a little crude and the detail is less than pin-sharp. However, it provides a good representation of the lower Calder Valley when roads were still of secondary importance to the canal, and satanic mills seemed to sprout from the green meadows. 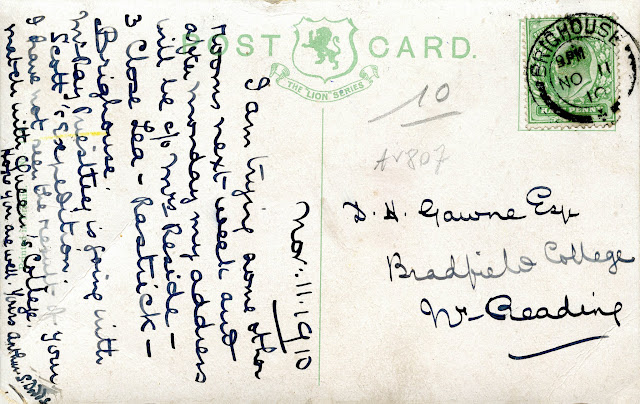 The message on the reverse of the card takes us to far more exotic parts of the world. On the face of it, it is a simple message between two friends (old school friends I suspect): Arthur Dodds who is living in Brighouse and D H Gawne who is resident in Bradfield College, near Reading. The message reads as follows:

November 11, 1910
I am trying some other rooms next week and after Monday my address will be c/o Mrs Reside, 3 Close Lea, Rastrick, Brighouse. Mr Ray Priestley is going with Scott's Expedition. I have not seen the result of your match with Queen's College. Hope you are well.
Yours, Arthur S Dodds

It is, of course, the reference to Ray Priestley (a mutual friend I assume) that is intriguing. Ray (Sir Raymond Edward Priestley) did indeed accompany Captain Scott on his ill-fated Antarctic Expedition of 1910-13. He was not a member of the polar party but he was part of the group that got stranded whilst exploring the coast of Victoria Land. He did, however, survive and went on to serve in the Signal Corps in the Great War. He later had a distinguished career in higher education serving as Vice Chancellor of both the University of Melbourne in Australia and the University of Birmingham in Britain. It's funny where old picture postcards can take you.