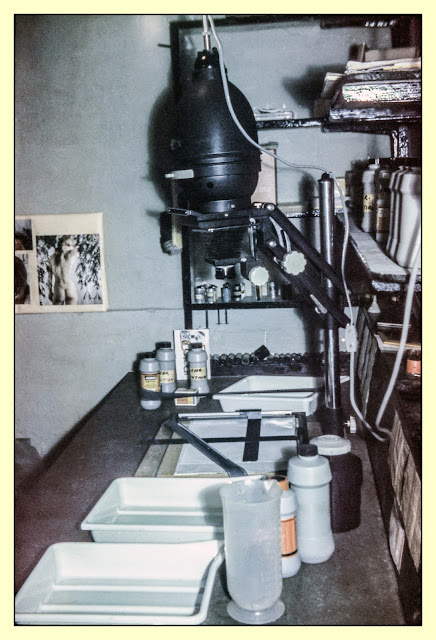 The very thought of it - two brothers starting a photographic business! What the Watson Brothers did in Birkenhead in the first decade of the twentieth century, the Burnett Brothers, in their own small way, did in Halifax sixty years later. Burnett Photographics was run from the cellar in my parents' house. Rolls of film from friends, family and respondents to an advert in the local fish and chip shop would arrive, then be developed, printed and placed in little folders to return to the customer.


I can't remember how long this want on for - the chances are it wasn't very long at all. It left a distinct impression on my memory however: the hours spent in that cold and dark cellar poring over images of unknown people in unknown places. How strange, therefore, that decades later I happily spend my spare time poring over pictures of unknown people in unknown places.
at April 28, 2017