Sepia Saturday 477 : Miriam And The Javelin 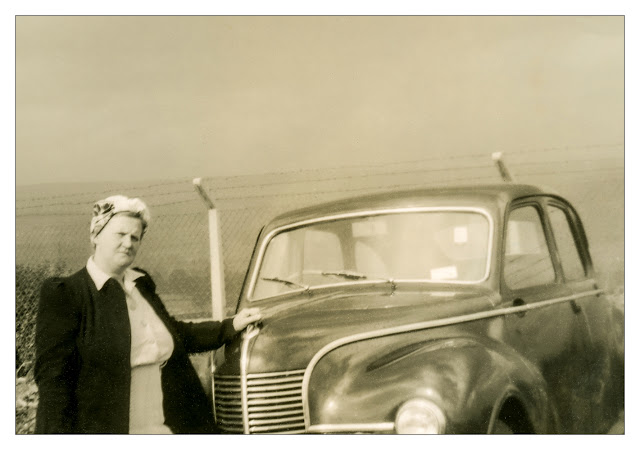 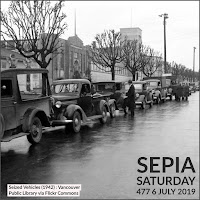 Our Sepia Saturday theme image this week shows a line of cars in Vancouver, Canada in 1942. In fact they are cars seized by the Canadian Government from Japanese-Canadian citizens during the course of the Second World War. The car which features in my post this week has also been seized - in this case by the one and only Miriam Fieldhouse. The car in question is a Jowett Javelin, made at the Jowett car factory in Bradford - the factory where her husband, Frank, worked. The aerodynamic looking Javelin was produced from 1947 until 1953 and during that period it achieved success in the field of motor sports - winning its class in the 1947 Monte Carlo Rally. Sadly, it had only been temporarily seized by Miriam - after this 1950 photo opportunity it was returned to the factory car park. 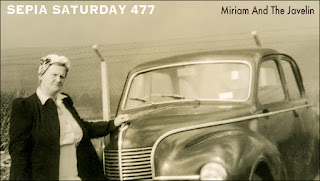