The Midget Gem That Is Lily Brayton 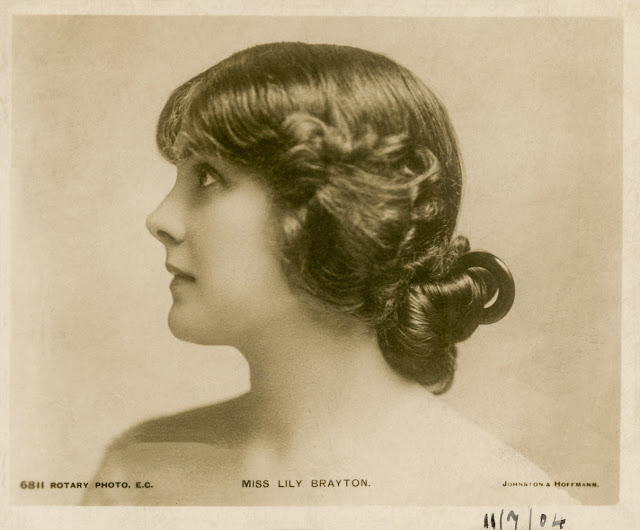 This midget gem dropped through my letter box yesterday, along with a dozen or so more old vintage postcards (is there a word for people who are addicted to buying useless ephemera on eBay?) I have never come across a "Midget Post Card" before, but they appear to have been popular for a short period during the height of the postcard craze of the early twentieth century, They weigh-in (so to speak) at a featherweight three and a half inch by two and three quarters, and the reverse side already appears overcrowded once a stamp and an address have been added.


There is, however, something about the shape which is quite satisfying - especially when it provides a frame for one of the great beauties of the Edwardian era, Lily Brayton. Lily was born in Lancashire in 1876, the daughter of a local doctor. Acting must have been in the family somewhere, because both her and her sister went on this stage, and in 1898 she married the Australian actor, director and writer, Oscar Asche. They became the celebrity couple of their era: if it had been a century later, Lily and Oscar would have TV programmes made about their lives and millions of followers on Facebook and Twitter. Because it was the start of the twentieth century, Lily had her image on hundreds of picture postcards. 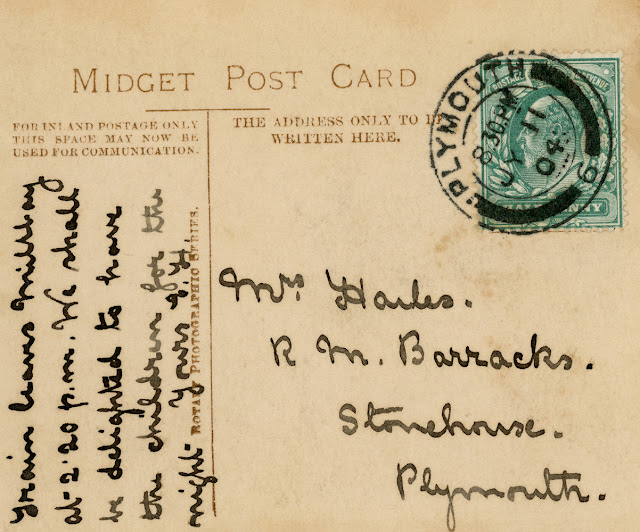 This particular tiny postcard was sent to Mrs Hailes of the Royal Marine Barracks in Stonehouse, Plymouth in July 1904. The message is short and to the point (they had to be on midget postcards - a little like Twitter you were restricted in the number of characters you could use! "Train leaves Millbay at 2.20pm. We shall be delighted to have the children for the night, EH."


You can make of that what you will. Alternatively, you can look into the eyes of the midget gem that is Lily Brayton.
at July 18, 2019