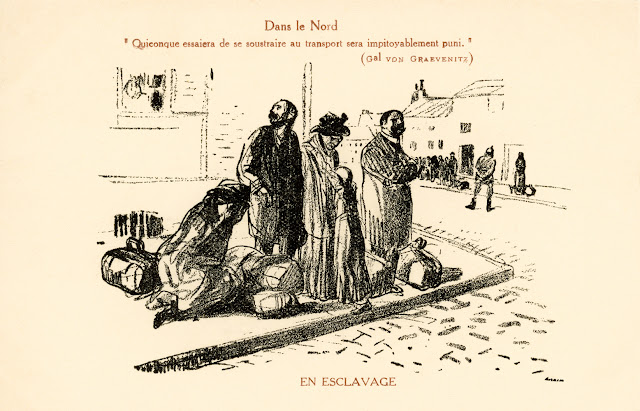 This unused picture postcard - which came into my possession by fair means or foul, originated in France in 1916. It shows a cartoon by the artist, Jean Louis Forain, and is entitled “Dans le Nord - En Esclavage” (In the North - In Bondage). The drawing contains a quotation from the proclamation issued by the German Military Governor of Lille in April 1916, which ordered the forced evacuation of French citizens. “Anyone who tries to evade transport will be ruthlessly punished!”. At a time when the evacuation of civilians is yet again the stuff of newspaper headlines, it is worth remembering that such events have not always been limited to countries far, far, away. 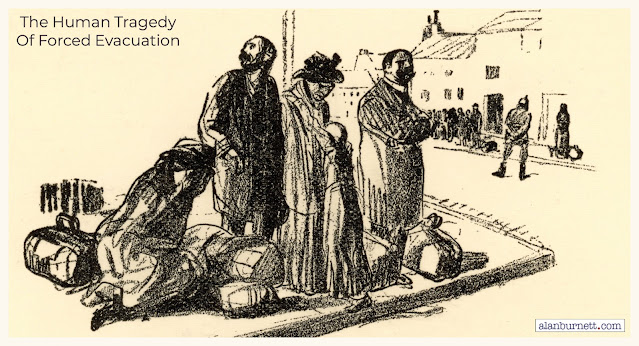