The Cecil Sharp Of The Tap Room

Social history is littered with pioneers who dedicate themselves to recording and documenting those things which are in terminal decline. What Cecil Sharp did for English folk songs and dances, John Lomax did for the delta blues in America. What Frank Meadow Sutcliffe did for the fishing communities of North Yorkshire, Roger Fenton did for the bloody battlefields of the Victorian era. We turn to such people for a record of what was, but is no longer. Their genius was not their ability to record - at best a technical skill - but their recognition of the need to record.
I was thinking about this whilst walking Amy today. We have now taken a short break from our epic trek across the American continent (if you haven't already done so, see Fat Dog To The Big Apple) and therefore my mind was free to wander along more spiritual paths. We had reached the bottom of Toothill Bank (future historians might want to take a note of the location) when the sun came out from behind a cloud and shone down onto .... 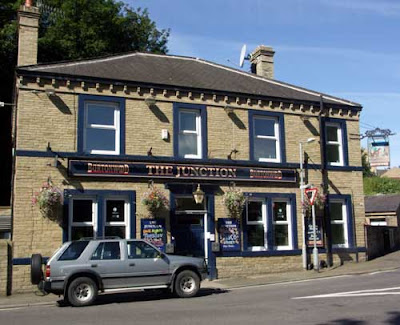 ... onto, well onto the Junction Public House. And I suddenly thought, "that won't be there much longer". So I took a photograph. I documented it. I bagged it. I saved it for posterity. By the time I had reached the end of the road I decided that I had been placed on earth for no other reason than to document every public house I could find. And where they were too far away from me to reasonably be able to document them, I would call upon a vast army of followers and acolytes to join in the crusade. I would become the Cecil Sharp of the Tap Room, the Roger Fenton of the Public Bar. 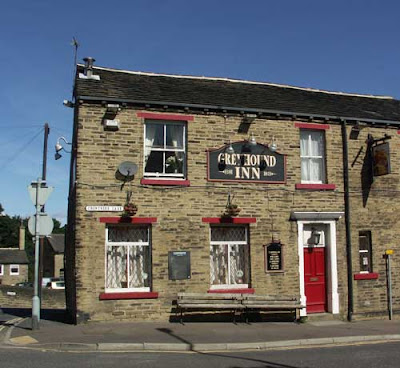 By the time I had reached the Greyhound Inn (The Greyhound Inn, 132 Crowtrees Lane, Rastrick, Brighouse, HD6 3NH) I had decided that the record should contain more than a digital image - some brief details as well. If you question the need for such a crusade, just note how many pubs you pass have "For Sale" notices outside. Just check the planning permission pages of the local newspaper and see how many people are trying to convert them to half a dozen flats. The great pubs of Great Britain are under threat. It is probably too late to save them, but at least we can document them. 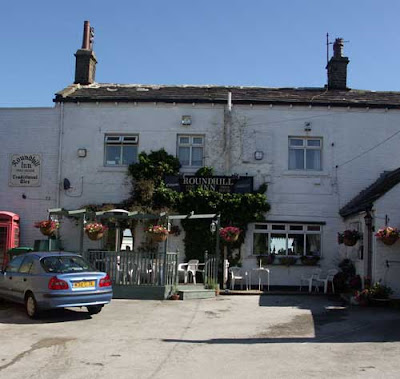 Pubs like the Roundhill Inn (75 Clough Lane, Rastrick, Brighouse, West Yorkshire, HD6 3QL ) pictured above with its new external smoking platform. If there was time, one could stipulate that each pub should be fully documented and sampled, but we are dealing with an emergency here. Future generations will thank us for whatever we can get, even just a photograph.
This will be a massive undertaken with its own giant database and dedicated website. The central processing department will employ 500 people and will have a back-up system based on file cards just in case there is a power cut. It will store details and pictures of all the pubs of Great Britain. It will have a library and meeting rooms. It will be called Alan Burnett House.
By the time Amy and I staggered out of the last pub on our walk (the welcoming Clough House, 129, Clough Lane Rastrick Brighouse HD6 3QL) the idea was fully formed in my mind. It was such a momentous plan, such an audacious proposal that it made my head ache. I had to hurry home to sleep it off. 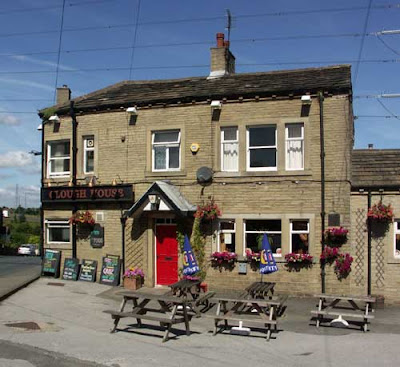