Sepia Saturday 138 : Recycling The Past 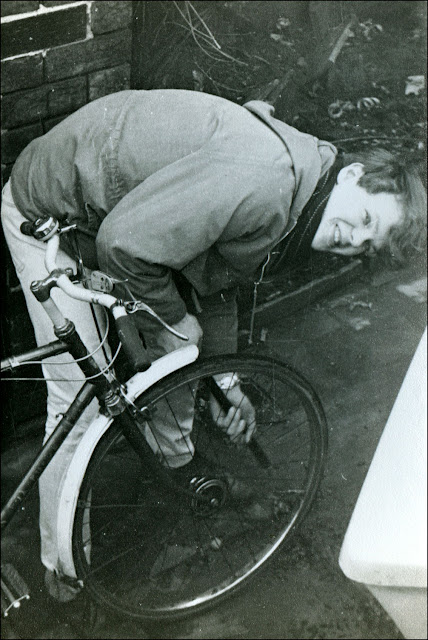 That first photograph must have been taken by my brother Roger (the composition is poor and he has managed to get some foreign object intruding into the bottom right of the shot). My second photograph was taken by myself, but features my brother, along with his wife and daughter. 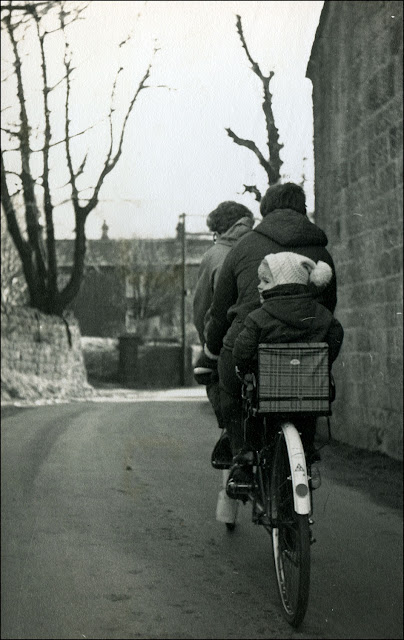 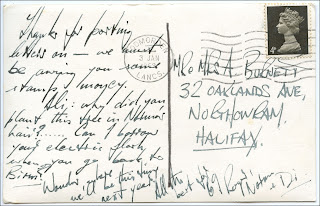 Turning the photograph over, I notice that it had been converted into a postcard and the message clearly illustrates two things : firstly my brother has never been able to accept my superior talents as a photographer, and secondly, he can deftly mix cheek with requests for favours in a single paragraph. The message reads as follows :

"Thanks for posting letters on - we must be owing you some stamp money. Ali : why did you plant this tree in Norma's hair?  .... Can I borrow your electronic flash when you go back to Birmingham? Wonder where we'll be this time next year? All the best for '69. Roger, Norma and Di.

The card was postmarked  3 January 1969. A year on from that I was away at University at Keele in Staffordshire. No doubt my dear brother will write in and tell us where he was!

If you enjoy recycling old photographs, why not journey over to the Sepia Saturday Blog and take a look at what the other participants are doing this week
at August 11, 2012