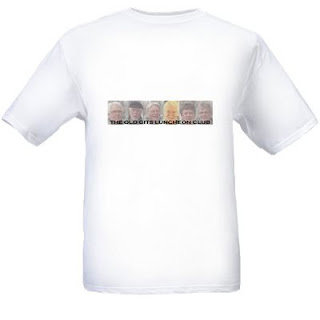 Personally I would be happy to leave it at the Old Gits, especially as I have just designed a new T-shirt. I will be wearing it for the meeting later today. Hopefully it will swing the vote. 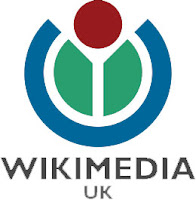 WIKIMEDIA
I have decided to become a member of Wikimedia UK. This has nothing to do with any Ecuadorian asylum seekers - it is just that in an age when the commercial ownership of ideas and images seems to have accelerated beyond control, any movement that exist "to help collect, develop and distribute freely licensed knowledge (and other educational, cultural and historic material)", is worthy of support. Just what my membership will entail, I have yet to discover, but as long as it doesn't mean living in the Ecuadorian Embassy for the rest of my days, I am willing to give it a try. 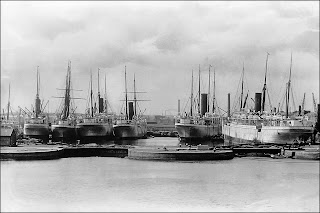 EXCAVATING WORDS
At long last I have returned to the Great Novella of the 21st Century (GN21) after allowing it to lie fallow for the last five months. Starting up again is hard work: it's like digging potatoes from a parched vegetable patch. I spent an hour this morning churning out Kindle-drivel, before editing out the rubbish. This leaves me with just two sentences!

“And did he do it?”, Tomlinson asked in a tone measured to the point of precision.
“Who knows, who cares? He has certainly confessed to doing it, but there is no surprise in that. People will confess to anything if they are given enough encouragement”.


The conversation takes place on a ship. The picture of the ships comes from Wikimedia. Everything connects. It's time to go to the Old Gits now.