The Wednesday Pub : The Grove, Huddersfield 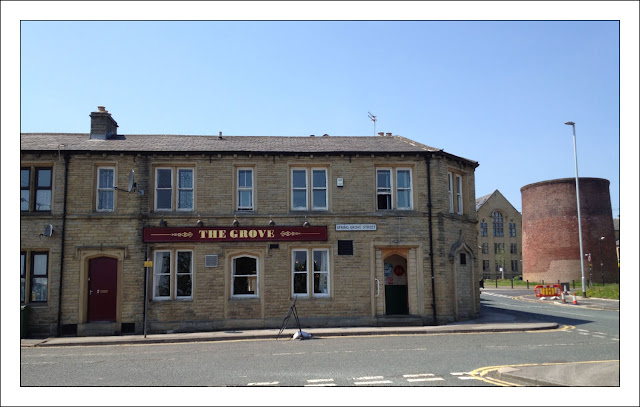 The Grove, at the corner of Spring Grove Street, Huddersfield is a comfortable walk from the town centre. Dating from 1853 the pub originally had a small brewery attached. In 1911 it came under the ownership of the Huddersfield brewers, Bentley and Shaw. It continued as a tied house (owned by a succession of breweries and selling their beers) until 2005 when it seemed for a time that it might close down. Luckily it didn't close: instead it became an independent pub specialising in a wide variety of real ales, many of them from local craft breweries. 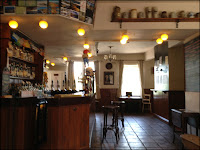 Not so much a pub, more a temple devoted to the art of the brewer, the Grove is a place of pilgrimage for those who worship beer. I sampled a pint of Curious Original Pale Ale from the Magic Rock Brewery, Huddersfield. It was wonderful stuff, light enough for a lunchtime pint and fruity enough to qualify as one of your five portions of fruit a day. It was all I could do to avoid breaking out into a chorus of hymn-singing - All Things Bright And Beautiful, All Bitters Great And Small.
at May 23, 2012