Found At The Bottom Of A Cardboard Box 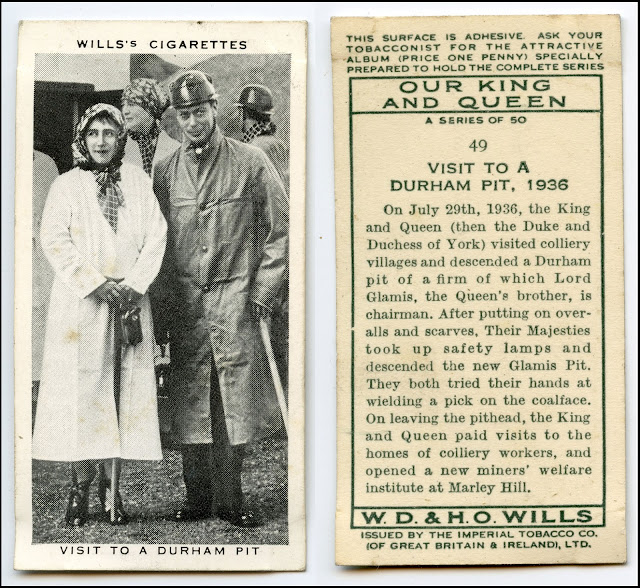 Found in the bottom of a cardboard box : an album of Wills Cigarette cards dating back to the late 1930s. This is one of the cards. The King, George VI, died in 1952, the victim of lung cancer having been a heavy smoker all his life. The Queen, Queen Elizabeth, the Queen Mother, died in 2002, aged 101. Glamis Pit in County Durham was closed in October 1974. W.D. & H.O. Wills became part of Imperial Tobacco, which still exists today.
at December 18, 2012