Songs, Glees And Recitations At The Clough House Inn 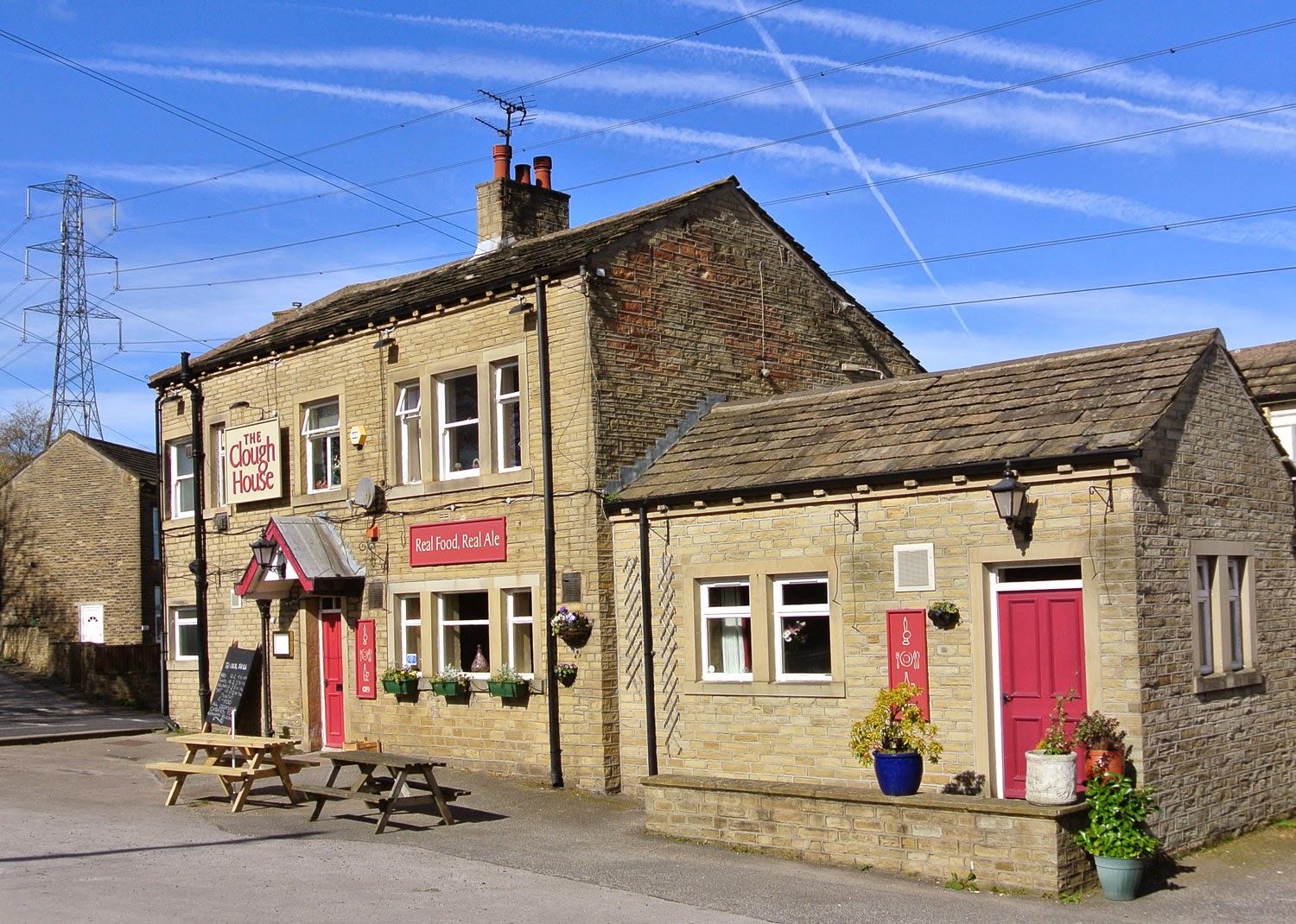 It is good to see the Clough House Inn in Rastrick open for business again. Dating from the early nineteenth century the current pub was part of a larger group of buildings - called Clough House - which included a farmhouse, a mill and a separate pub which, for the sake of confusion, was called the White Lion. Ideally situated on the Elland to Dewsbury turnpike road, it prospered over the years and by the 1870s it was being referred to as The Clough House Inn.

The pub was used for the usual variety of local events : the coroner held inquests here and tenants would attend to pay their quarterly rent to the Thornhill Estate at what was known as "rent audits". Once the money had been handed over, these could become merry affairs as this cutting from the Huddersfield Daily Chronicle of 15th December 1877 shows. "Songs, glees and recitations followed, and a joyous time was spent"
at April 12, 2014