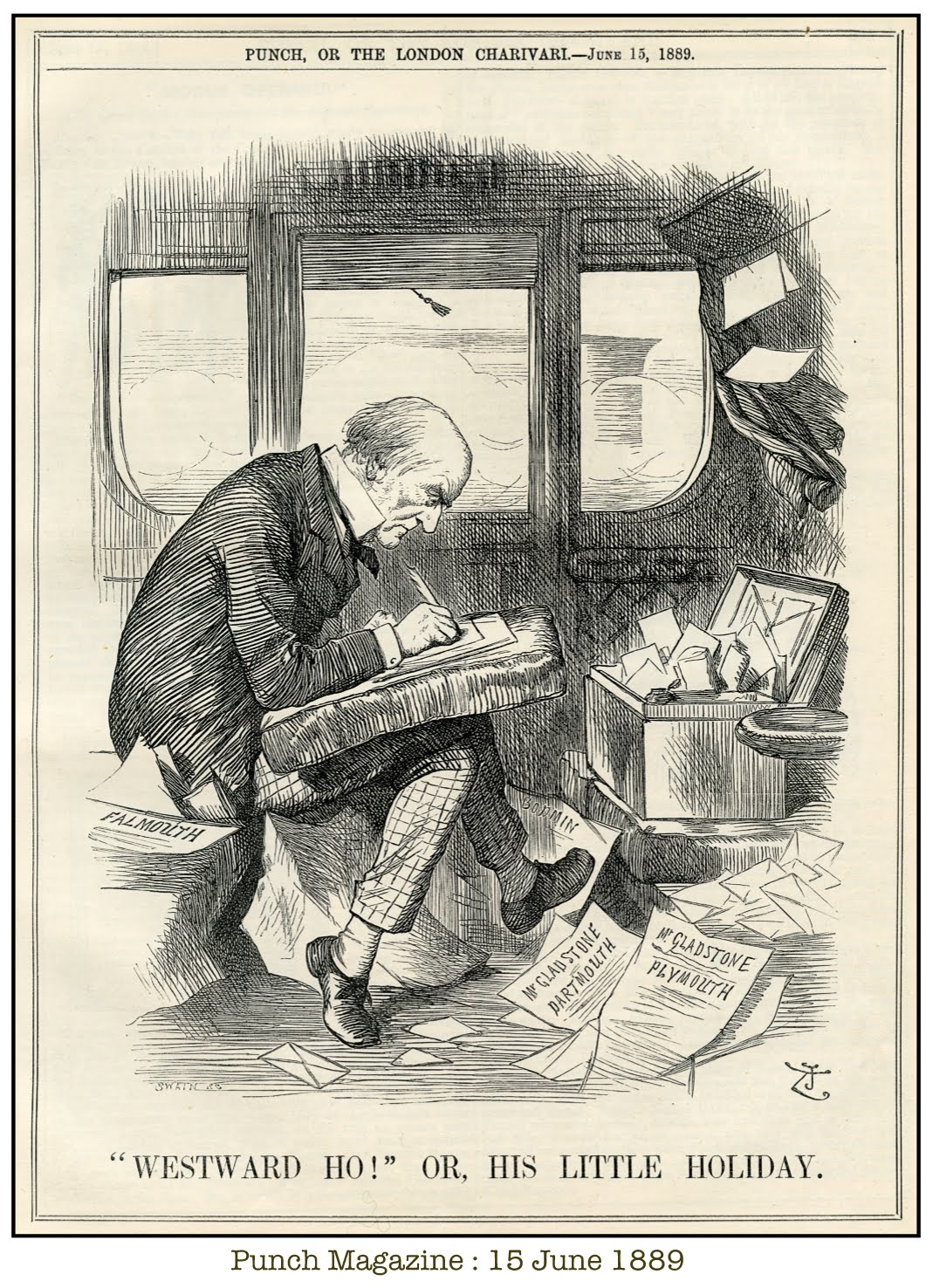 I was in Liverpool a couple of months ago and happily browsing around that rarest of creatures, an old second-hand bookshop (the kind where books are stacked like firebricks and filed according to some long-forgotten system) when I found a half-bound copy of Punch Magazine dating from 1889. It was half-bound because one of the covers had taken its own, quite separate,  road through life a hundred years or so ago, but its boundless energy resulted in a bargain price of £2 - less than the price of a half-decent pint.


Some times, when the rain is falling and the fog is drifting in, I will dip into my old Punch annual and try to make sense of a political cartoon which is so far past its sell-by date that the joke has turned sepia. This cartoon featuring William Ewart Gladstone is a great example.

In June 1889 Gladstone was Leader of the Opposition and a tireless political campaigner despite having reached the age of 79.  Where others would take long summer holidays, Gladstone would fill his time delivering political speeches in all parts of the country and the cartoon shows Gladstone on a train heading for the West Country and another round of political meetings. At this time in his life, he was becoming more and more radical in his views, flirting almost with an early version of democratic socialism.

One is tempted to look back across the political years and conclude that little has changed. People were making fun of politicians back then, and many of the events of 1889 - aristocrats involved in sex scandals, people demanding a decent living wage, Sheffield Wednesday losing at football - have a degree of familiarity.  Some things do change, however; and not necessarily for the better. A politician prepared to face the people - without a carefully selected audience and a carefully placed autocue - would today be as rare as an empty railway carriage. A Leader of the Opposition who was entering his eighties and still destined to serve a further term as Prime Minister, would today be as unthinkable as a self-penned speech. And a politician who was getting more radical as he got older would today be as hard to find as a decent second-hand bookshop.
at November 17, 2014