From Bookseller To Bookmaker In Two Generations

POSTCARDS FROM HOME : 1
A celebration of vintage picture postcards from West Yorkshire 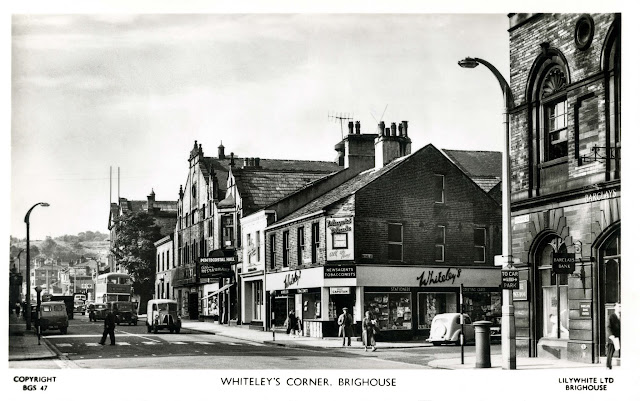 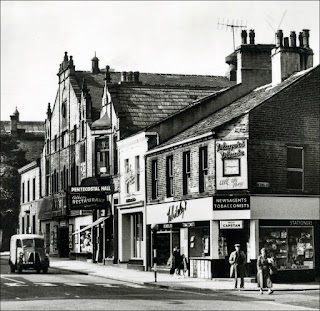 Whiteley's Corner was the name given to the corner of Bethel Street and Huddersfield Road in Brighouse, so called because that was the location of Whiteley's newsagents and tobacconists and their famous clock. The Whiteley family ran the shop for much of the twentieth century and it became such an established part of the town, and under the clock became such a well known meeting point, that the family name became part of the local geographical nomenclature. The stock in trade of the shop were books, tobacco and newspapers and therefore it is no surprise that it didn't make it into the twenty-first century. The site has now been taken over by a betting shop, thus completing the cultural descent - from bookseller the bookmaker.

Change has had its effects on many of the neighbouring buildings as well. The Albert Cinema is now a bar and the Pentecostal Hall is no longer open to receive the holy spirit. Time doesn't stand still, however: changes in culture, fashions, and beliefs are marked by the constant movement of the hands of Whiteley's clock.