A Diversion Across The Road With Lord Curzon 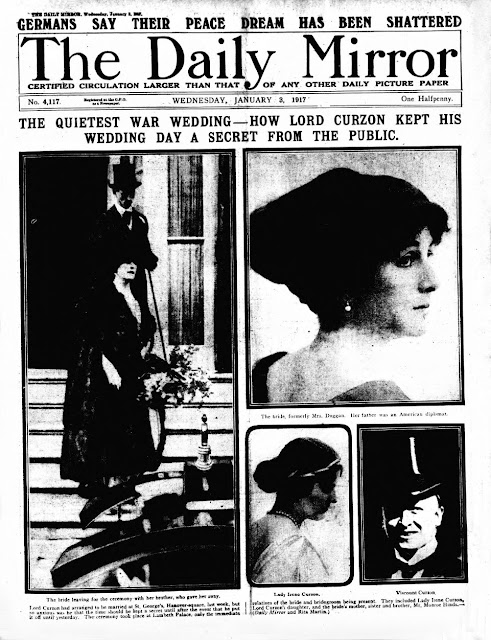 If it is not too late, I would like to submit one further resolution for the new year ahead. In addition to being more disorganised, meaningless and less structured, I would like to follow more diversions in order to avoid getting to the place I intended to visit. Take, for example, history. One hundred years ago important things were happening in the world and such tides in the affairs of men were reflected in the popular press of the day. I fully intended launching myself into an investigation of history by following such tides, but as soon as I turned to the newspapers of the day - in this case, the Daily Mirror of the 3 January 1917 - I got diverted by ephemera. Who cares if the German peace dream has been shattered when we can spy on the wedding of the Leader of the House of Lords, Lord Curzon of Kedleston.


It was a second marriage for both Curzon and his bride, Grace Duggan, who were celebrities of their day. Curzon had flirted with political power, having been Viceroy of India and a leading figure in the Conservative Party. Grace was a rich American-born widow who had inherited from her husband significant estates in South America. Six years after this wedding, Curzon was passed over for appointment as Prime Minister following the resignation of Andrew Bonar Law in 1923 and the appointment of Stanley Baldwin as PM by George V. This led Arthur Balfour - who had influenced the King in his choice of Baldwin - to quip "Curzon has lost the hope of glory but still possesses the means of Grace". Funny it may have been, but it was less than accurate as by this time the marriage had broken down. 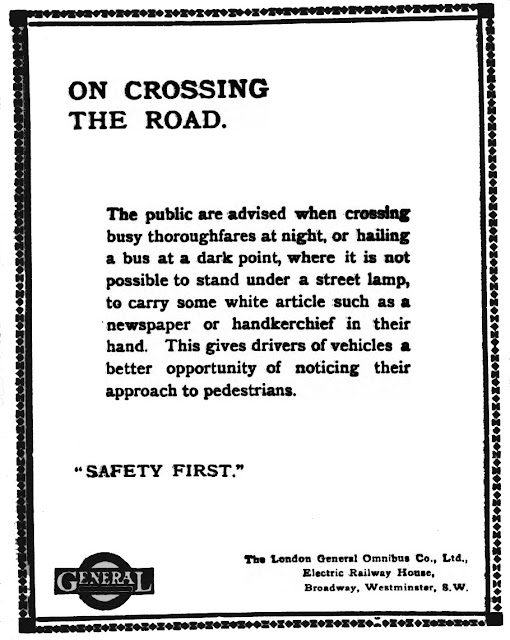 Just as I was at risk of being drawn into the realms of serious history, I got diverted across the road into the daily minutia of life and an advert from the London General Omnibus Company advising potential passengers to carry a white article such as a handkerchief or a newspaper at night in order to avoid being run over. Road safety was a bit issue at the time, and the Daily Mirror gave its own take on newly published street precautions. 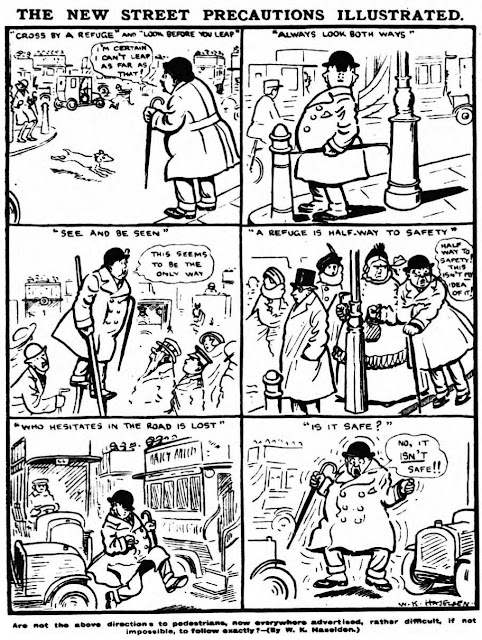