Valiant Is The Word For Arline 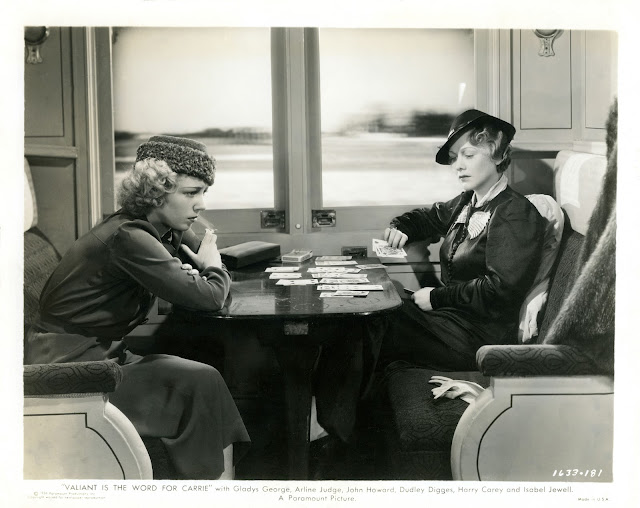 As part of my meaningless ramble through life towards a destination I will always be diverted away from, I like to gather picturesque detritus.  One source I am particularly fond of is original still photographs from vintage movies (such things can be bought for the price of a pint from specialist dealers). Here is a wonderful still I acquired just before Christmas, from the 1936 movie "Valiant Is The Word For Carrie". The film, which starred Arline Judge (left) and Gladys George (right), is probably long forgotten  by many and never seen by most (myself included but I intend to change that). The plot is far too complicated to trouble you with this early in the new year (there is a summary HERE), but it is the photograph which appeals to me, and particularly that part of it which focuses on Arline Judge. 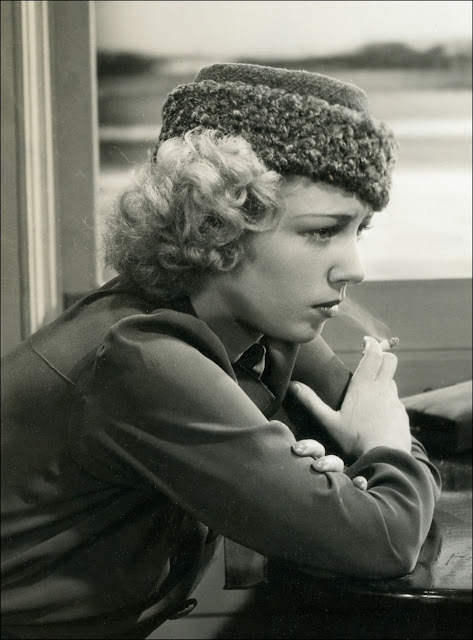 In many ways it's a pity, but the one thing that seems to be remembered about the lovely Arline Judge (1912-1974) was that she was married and divorced six times before she was fifty.  Although she was old enough to be my mother (indeed she was born within a year of my mother) and when she ended her sixth marriage I was just becoming a teenager, I would have been more than happy if she had turned up on the rebound in West Yorkshire at the time. But she didn't - and all I have to remember her by is this delightful old photograph.