Sepia Saturday 351 : A Life In A few Thousand Pixels 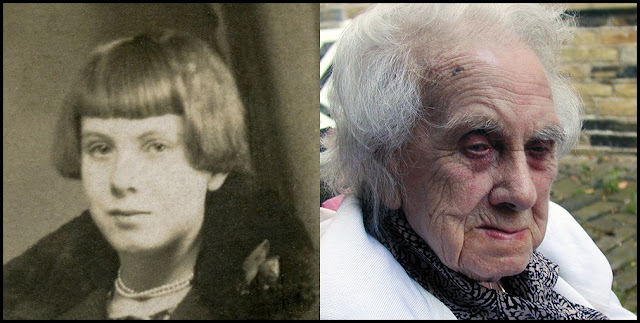 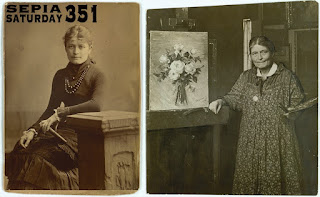 Our Sepia Saturday theme this week features the same person at two stages in her life. The ability to look at young and old side by side is a unique view available to the lover of old photographs (it is our "sepia bonus") and such a comparison opens up a wealth of possible lines of speculation. We can view the effects of time, we can isolate those aspects of a face - or indeed a personality - that remain constant irrespective of age. We can tell a life story in a few thousand pixels.

I am using for my example, two pictures of my mother - Gladys Beanland who went on to become Gladys Burnett. The first photograph (which is such a fine photograph I am reproducing it in full below) must have been taken when she was in her late teens - so that means around the end of the 1920s. At the time she was working in one of the many mills in the Bradford area, but she gathered together her very best clothes and went to a local studio for her photograph to be taken. The second photograph was taken in May 2004, when she was 93 years old and within a few months of her eventual death.

There is probably almost seventy-five years between the two photographs but what unites them far outweighs what divides them. That hint of a knowing smile makes you almost believe that she could see a long and fulfilled life in front of her in the first photograph just as clearly as she could look back on it in the second photograph. 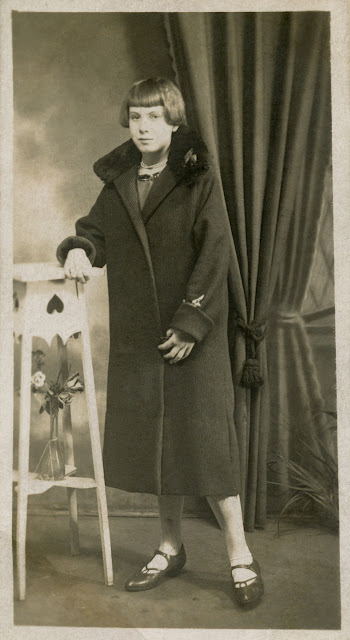