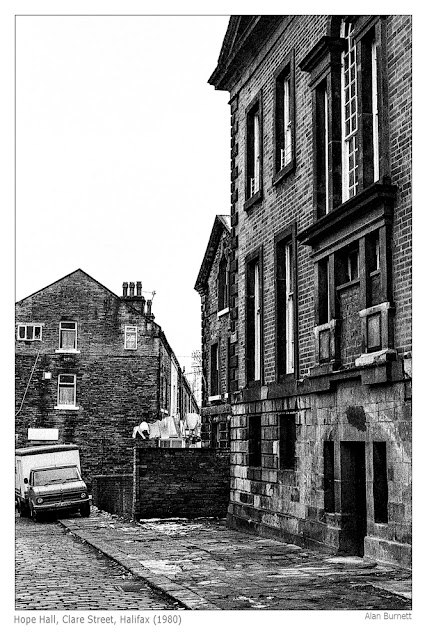 This is a scan of the first of six 35mm negatives I must have taken in about 1980: which to me sounds like only yesterday, but I am alarmed to realise is almost forty years ago! It was taken in that strange little segment of Halifax that is bounded by Prescott Street, Clare Road, Hunger Hill and South Parade. The building that dominates the shot is what is left of that fine eighteenth century house, Hope Hall, and what is now the home of the Albany Club.

Hope Hall was built in the 1760s by David Stansfield, a wealthy local cloth merchant. In the 1820s it was the home of Christopher Rawson - who was the somewhat dubious villain of the first series of Gentleman Jack - and one can half imagine Anne Lister stomping up the stone steps that gave access to what, at that time, would have been an imposing entrance. Now the front of the Hall has become the back and lost amongst cobbled streets and terraced houses.

Little has changed in the forty years since I took the photograph other than some of the soot has been power-washed off the stone and Clare Street has been closed to through traffic. 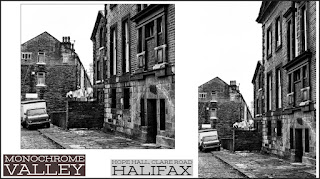