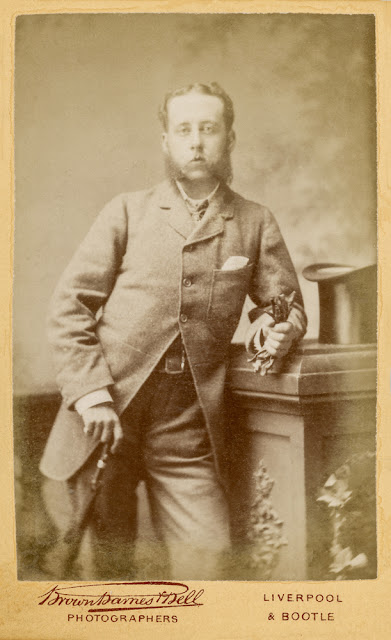 This is a classic late nineteenth century Victorian Carte de Visite from the studios of Brown, Barnes and Bell of Liverpool. The stone column provided a convenient way of holding a pose to accommodate the slow shutter speeds of Victorian cameras, and the top hat and leather gloves gave a suggestion that the sitter (or rather stander) was an affluent gentleman. 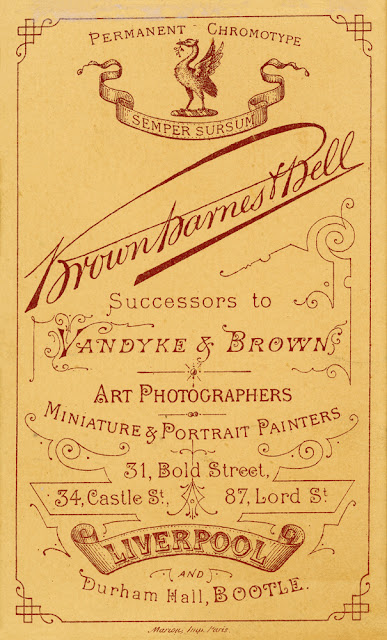 The studio was fairly typical of its type and its time. By the 1880s and 90s the thousands of local studios that had emerged during the first popular boom in studio photography were beginning to merge to form larger organisations, many of which had studios in several towns and cities. There was still a backwards glance, however, towards times when photographers also offered miniature and portrait paintings and were proud to call themselves "Art Photographers". 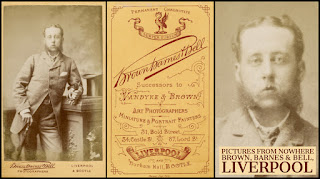