John Shaw And The Photographic Bandwagon 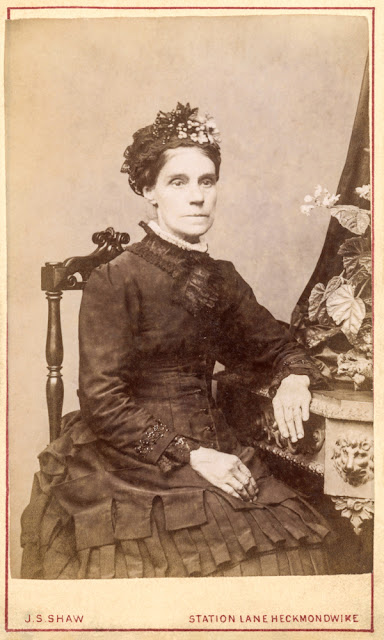 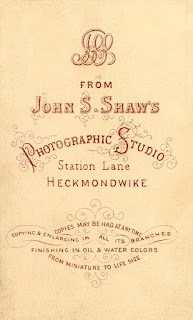 This rather stern looking lady was captured by the Heckmondwike studio of John S Shaw. John Shaw was born near Halifax in 1815, and for most of his working life was a farmer in Staffordshire. Only when he was in his sixties to he return to his native West Yorkshire to climb aboard the commercial band-wagon which was studio photography. The last two decades of the nineteenth century was the great age of the popular studio portrait. Production techniques meant that studio portraits were no longer the preserve of the wealthy, and the new age of home photography had not yet arrived. Every town and village needed its photographic studio, and a wide range of men - and a few notable women - were attracted into the profession. They were the computer repair shops, mobile phone case sellers, and Turkish barbers of their day. Unlike all such recent trends, however, they left a lasting legacy which still can be appreciated over one hundred years later.
at November 19, 2019