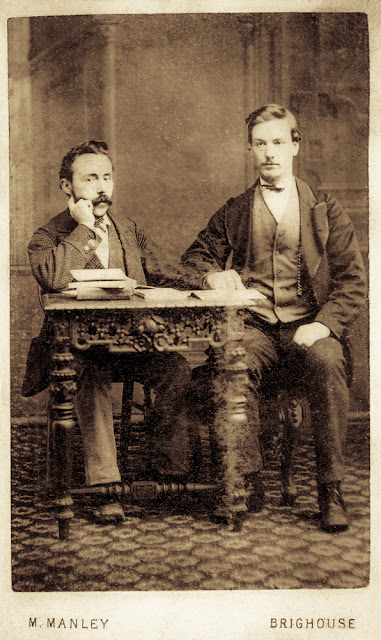 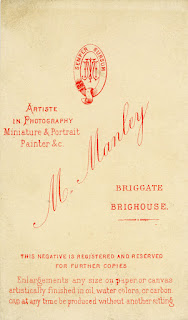 If Shakespeare had been around in the days of Brexit, he might have written a play called Two Gentlemen Of Brighouse, in which two friends, Herbert and Wilfred, travelled to Bradford in pursuit of the same girl, Ethel. This lovely little Victorian photo from the studio of the Brighouse photographer, Martin Manley, would have made a perfect illustration for such a play.

The career of Martin Manley traces the rise and fall of the Victorian studio photography craze. Born in Brighouse in 1850, he was the son of a family of moderate means who owned land and houses in the Bonegate area of the town. In the 1871 census, he is listed as "living from income derived from homes and land", but by 1881 he is listed as being a photographer. This little Carte de Visite must date from the 1880s or 1890s and he is now listing himself as an "Artist in Photography, Miniature and Portrait Painter Etc". By the time of the 1901 census the boom years for Victorian studio photographers are beginning to fade, and Manley is now listed as an "optician and photographer", and ten years later all reference to photography are dropped.

Irrespective of his career path, Martin Manley appears to have remained a keen photographer all his life. He was one of the founder members of the Brighouse Photographic Society, and as early as 1874 there are newspaper reports of him exhibiting his photographs of members of the Royal Family and "famous views of London" at local gatherings. 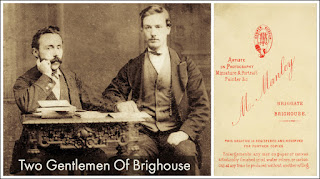