Around The World In Eighty Words : 6. DRINK 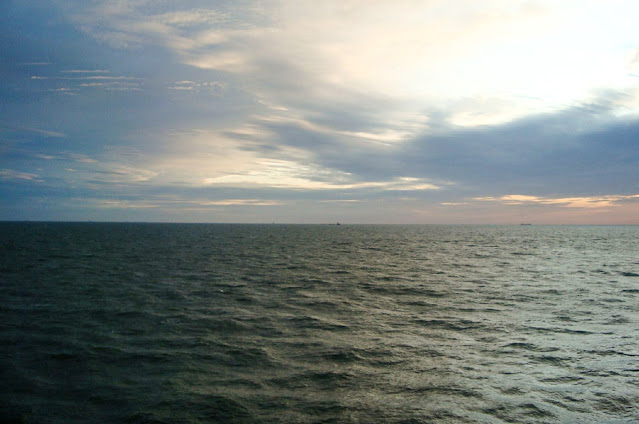 "I bet you wish you had listened to my question now". My dog, Lucy, and I were floating on a plank of wood in the northern regions of the North Sea, three hundred or so miles west of Trondheim. A few weeks ago we embarked of a ridiculous challenge to see whether we could go around the world in eighty word changes to our What3Words geolocation code. Simply changing the word "luck" to "drink" had transported us to ///sake.drink.change, which turned out to be in the middle of the freezing ocean. If that wasn't bad enough, my companion, my dog Lucy, insisted on talking to me, and even worse, she had turned out to be the kind of smart-alec companion nobody wants to share a floating plank with. "OK, do tell me, what was your question?", I enquired. "Simply this, do What3Word locations cover the seas and oceans as well as land?", she replied, and then added, "and you've no need to be so grumpy"

"I would have thought that the answer to your question was all too obvious, after all we are floating on a plank in the middle of the bloody sea", I replied, attempting to balance on a plank, with a dog, in a rough sea, miles from even the nearest oil rig, which is by no means easy. "No need to swear", she retorted in a prissy fashion, "we will just have to try and edit the water locations out in the future. "I wish we could edit this one out. I'd give a lot to be back in nice, dry, interesting, bar infested, hotel bound Dublin right now" "No problem, Lucy declared with a degree of satisfaction that is unbecoming in a dog of dubious pedigree, "we can be there in a wink!" You guessed it, ///sake.wink.change here we come.