"That's better", I confessed to Lucy as I allowed an Autumn breeze to dry out the still damp turn-ups of my trousers. They were still wet from the North Sea waves that had pounded the little plank of wood my dog Lucy and I had shared a couple of hundred miles west of Trondheim in the Norwegian Sea. We were travelling around the world in just eighty word changes to our What3Words geolocation code, and ///sake.drink.change had dropped us in the middle of the freezing ocean. A simple change of a word - "drink" for "wink" - had rescued us from our watery confinement and transported us to ..... a car park! 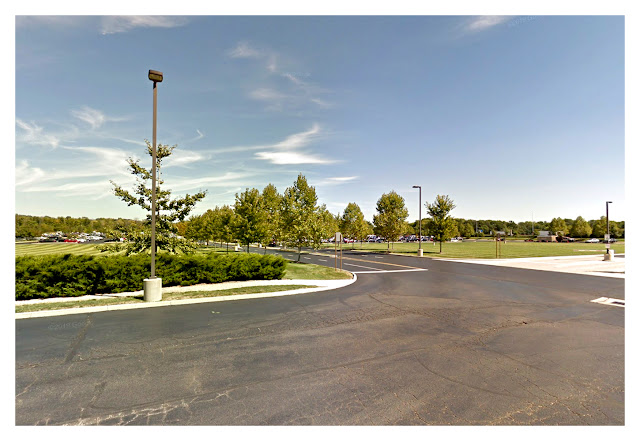 "So, this is Dublin?", I asked with just a hint of understandable doubt in my voice. It was a very pleasant warm day for October and there were a lot of rather large looking cars in the large looking car park. The perils of the North Sea had caused me to beg Lucy for a return to our previous location - just North of Dublin, Ireland - as it was her turn to choose a new word. "It sure is", she replied in what was a decent attempt at an Irish accent - well decent if you are a five-year old Labradoodle, that is. "It doesn't feel like Ireland", I said. "Now, come on", she replied, "you never said anything about Ireland. Welcome to Dublin, Ohio in the USA".  I wasn't going to object; anything was better than a plank of wood in the middle of the North Sea, and this car park was a step up on anything. 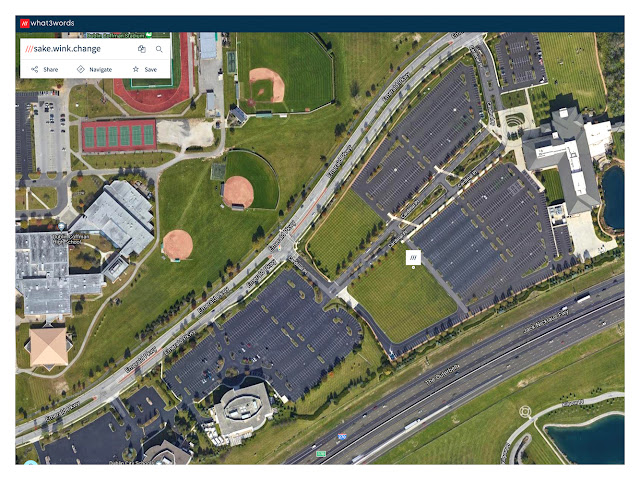 And to be exact - and the delightful thing about What3Words is that you can be exact down to a three metre square - we weren't in the actual car park, but on a grassy verge next to the car park. There was what looked like a pleasant park just a few hundred yards to the north west of us and what looked like a fascinating area of shops, bars and hotels a few hundred yards to the south east of us. And just in case you were missing the "real" Dublin, there were harps, and clover leafs and stalls selling Guinness all over the place. 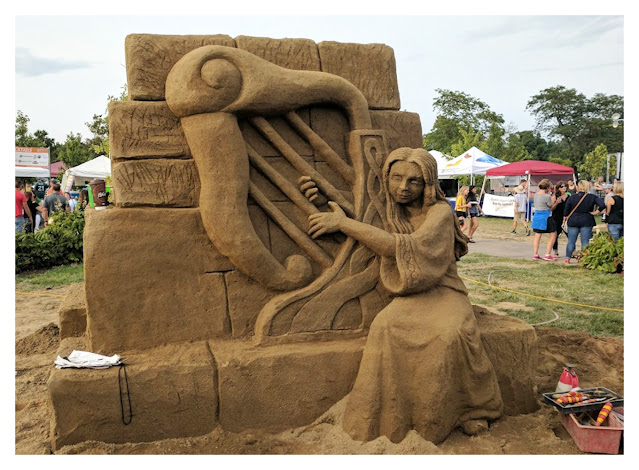 We spent a bit of time just wandering around, looking at the shiny new office buildings, the tidy sports fields and the frighteningly busy freeways. "That organisation", I explained to Lucy as she sniffed a brick wall with unseemly enthusiasm, "is the 14th highest revenue generating company in the USA". "And, that, over there, is the headquarters of the largest global library co-operative on the globe" I could tell that my companion was flagging and it was time to go in search of some food and drink, and it appeared that we had landed on our six feet as far as that was concerned. All we had to do was to cross a newly opened footbridge and we were in Dublin DORA! 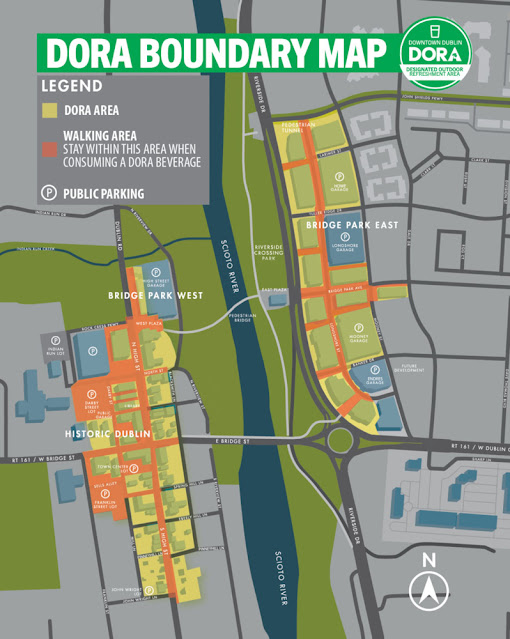 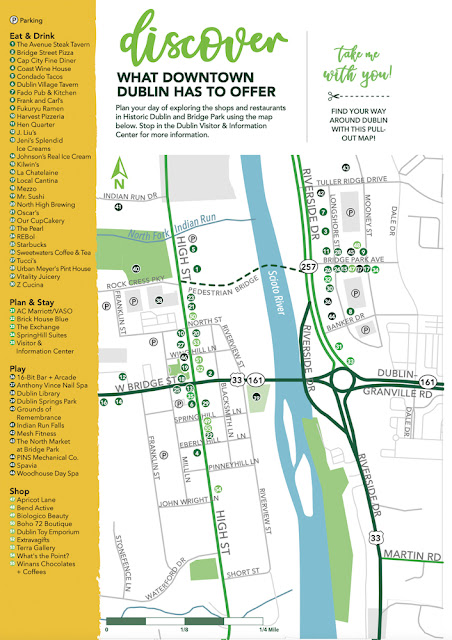 And what a choice we had. We dined at the Avenue Steak Tavern, supped pints at the Dublin Village Tavern, called in at North High Brewing, and ended the night at the Urban Meyer's Pint House. As we sank a final glass of Fat Head's Bumble Berry, I had to congratulate Lucy on bringing us to such an oasis of sophisticated booziness. I, personally, didn't want to leave but we were only 7 words down and there were still another 73 to go. We needed to be on our way, but not quite yet. And so it was decided and the coordinates were set for ///sake.wink.quite. See you there! Let's travel back in time. It was the mid 1960s and I was earning a little extra money whilst still at school by working in the local pe... 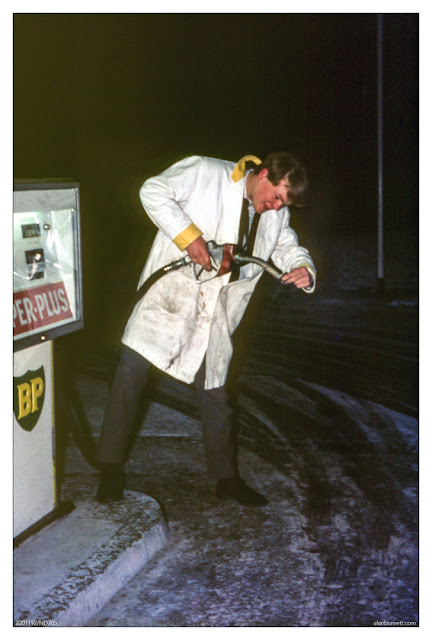