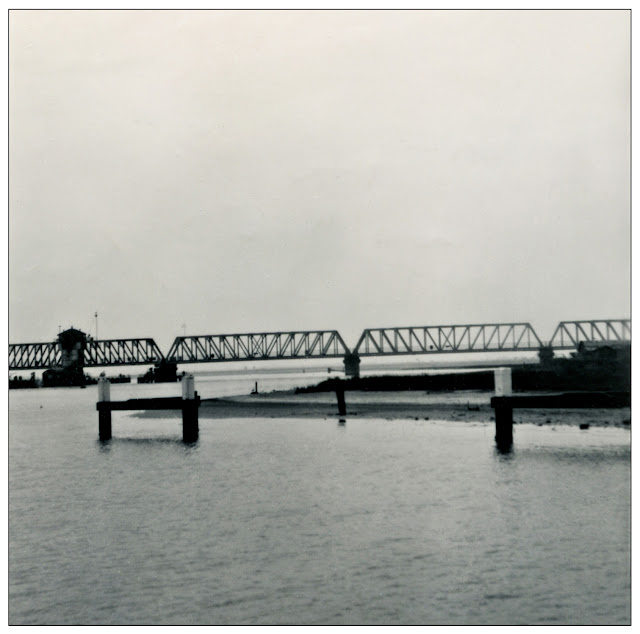 The theme image for Sepia Saturday 295 features an image of the Menai Suspension Bridge in Wales and the suggested themes include bridges, fog and buses. Once I had taken a ride on the sepia bus and the fog had cleared I found myself in Great Yarmouth, Norfolk looking at Breydon Swing Bridge. Not only had I travelled in distance, I had travelled in time as well and I was back in August 1948. Although I was only a couple of months old, I could still appreciate a fine bit of industrial archeology.

The bridge was built in 1899 to take the line of the Midland and Great Northern Railway across Breydon Water at a point close to where the River Bure flows into the River Yare. By the end of the nineteenth century most of the main parts of the British railway network had been in place for at least half a century and the bits of construction that were still taking place were the railway equivalent of dotting the "i's" and crossing the "t's" (or in this case crossing the Yare!) The lines that were built this late tended to be marginal from both a geographic and an economic point of view and they were often the first to close when, half a century later, the railway age went into decline (the line did indeed close in 1953 and the bridge was demolished a few years later). 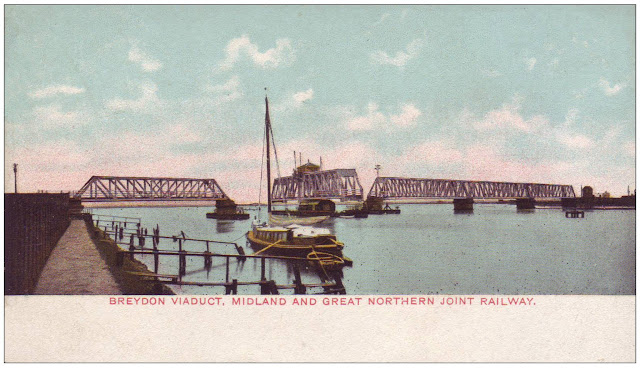 The bridge was 800 feet long and consisted of five spans, one of which swung open to allow ships up river and into Breydon Water and from there into the Norfolk Broads. The old postcard (thanks, as ever, to Wikipedia) provides a better view of the entire bridge than the photograph at the top of this post which was taken by the inimitable "Uncle" Frank Fieldhouse. Frank may not have been the best photographer in the world but at least he was a first class cataloguer and therefore we know that his photograph was taken on the 2nd August 1948. And maybe, just maybe, the reason for the somewhat uninspiring photograph was because on that particular date is was a foggy day in Yarmouth town. 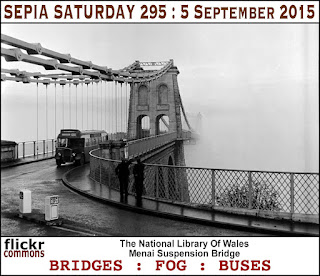