Who On Earth Do You Think You Are? 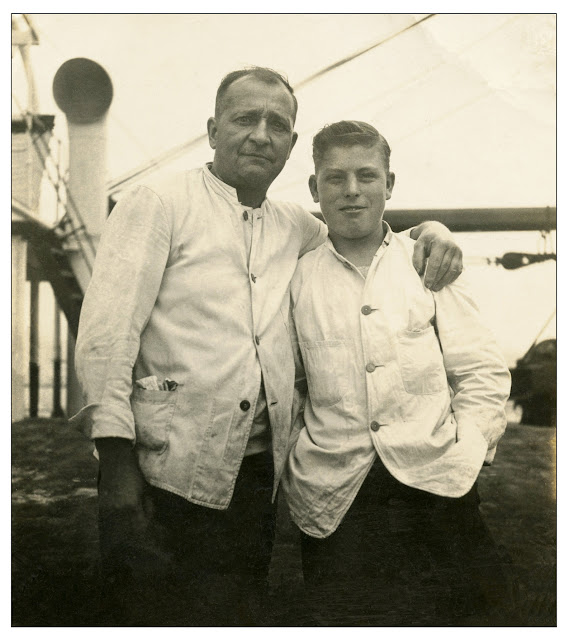 There is a new series of "Who Do You Think You Are?" running in the UK. When the programme first started it would delve into the general family history of celebrities, but as it has developed over the years it has tended to concentrate on telling the story of individual ancestors who have a particularly interesting tale to tell. And as you watch the programmes you find yourself asking the question - if I ever became a celebrity and if I ever featured on the programme, which particular ancestor of mine would they come up with who had an exciting story to tell? There might be the tale of Annie Moore and the blackout, but you couldn't tell that before the watershed. They might dig around into the curious history of Fowler Beanland but not find enough to even entertain an old-folks tea party on a wet Tuesday afternoon. However, this question finally got an answer the other day when Ancestry came up with a new family tree hint regarding my mothers' cousin. 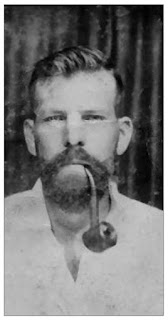 Before this week all I knew was that my mother, Gladys, had a cousin she was particularly fond of who served in the Merchant Navy. There was a story about him having died during World War II, but no other details than that. I didn't even have a definite name, other than the fact that he was called Wyatt and was the son of my grandma's sister. And then the story of Harold Alfred Wyatt emerged.

Harold Alfred Wyatt was born in either 1902 or 1912 (the records are confusing) in Newport, Monmouthshire, the son of George Wyatt and Mary Ann Kellam (Mary Ann was the sister of my grandmother, Kate Kellam). He joined the Merchant Navy and I am fairly certain that he is the young man on the right of the photograph at the top of this post which was part of my mothers' collection of family photographs. The new hint provided by Ancestry provides me with a later photograph (the bearded seaman with the pipe) and the tragic story of his end.

In 1941 he was serving as Boatswain on the SS Rio Azul, a cargo boat involved in the perilous Atlantic crossings. On the 29th June his ship was attacked and sunk by a German U Boat 200 miles southeast of the Azures and most of the crew were lost. 18 crew members, including Harold, managed to get to a life raft in which they drifted at sea for 15 days with no food and only a small glass jar of water. Using an empty tobacco tin, Harold managed to fashion a mirror which he used to reflect the rays of the sun and eventually attract the attention of a passing ship and the few remaining members of the crew were rescued in a state of near starvation. Most, including Harold, died shortly after being rescued. Harold Alfred Wyatt was posthumously awarded the Lloyds Medal for Bravery at sea - the Merchant Navy's equivalent of the Victoria Cross.

You have to admit that it is quite a story and one worthy of an episode of "Who Do You Think You Are?" I would be proud to be associated with someone as courageous as Cousin Harold. But I rather suspect - if ever I did become famous and appear on  "Who Do You Think ..", they would go with the story of Uncle Harry and the Pierrot Show and that is something I might be better forgetting about.
at September 03, 2015